All Hail the King (mentioned)

The Hammer Drones were remote-controlled military drones designed by Ivan Vanko from Justin Hammer's previous failed attempts. Hammer intended them to replace Iron Man, while Vanko used them to take his revenge on Hammer and Tony Stark.

There are 4 different lines of drones, all inspired by branches from the United States Armed Forces.

"Ladies and gentlemen, I present to you the new face of the United States military: the Hammer Drones!"
―Justin Hammer[src]

Justin Hammer wanted the Hammer Drones for display at the Stark Expo so that he could regain his contract with the government. Orginally, they were supposed to be manned suits, but when Ivan Vanko worked on the suits, he changed them to remote-controlled drones. Vanko intended them to be used to attack Tony Stark.

Hammer was angry with Vanko, so he betrayed him and took the drones to the Expo. Vanko escaped and activated the drones and War Machine armor to cause destruction. The Air Force Drones and War Machine began to chase Iron Man, only for the drones to crash and become destroyed. With the help of Black Widow, War Machine broke free of Vanko's control, and he helped Iron Man fight upcoming swarms of Hammer Drones. Iron Man defeated them with a powerful laser beam, only to encounter Vanko in his own suit. After Vanko was defeated, he activated a self-destruct program that had all the destroyed or damaged drones explode, which created a spectacle of explosions all across the Expo.[1]

All Hammer Drones are designed with repulsor flight technology, allowing all drones with flight capability and standard self-destruct ability. 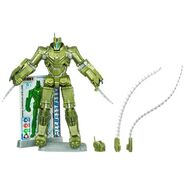 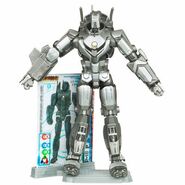