When Johann Schmidt found the Tesseract in Norway, Arnim Zola developed this pistol, used as personal weapon by Schmidt himself, and inspired by the P08 Luger pistol that Schmidt used.

As every other Tesseract-powered weapon, it fired blue energy pulses that could vaporize humans, although it was not as effective against other materials. It was also useless against Captain America's Shield, as the pulses bounced off or were absorbed by the Vibranium.[1] 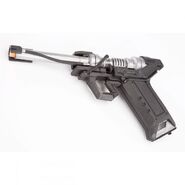 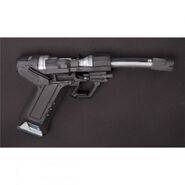 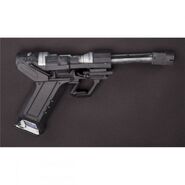 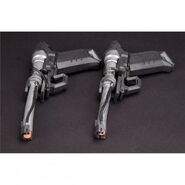 Retrieved from "https://marvelcinematicuniverse.fandom.com/wiki/HYDRA_Pistol?oldid=1152946"
Community content is available under CC-BY-SA unless otherwise noted.