It features songs from the 1970s, with director James Gunn describing them as "cultural reference points". According to Gunn: "It’s striking the balance throughout the whole movie, through something that is very unique, but also something that is easily accessible to people at the same time. The music and the Earth stuff is one of those touchstones that we have to remind us that, yeah, Quill is a real person from planet Earth who’s just like you and me. Except that he’s in this big outer space adventure."

Later in the film, Peter Quill discovers Awesome Mix Vol. 2 which appears to feature songs from the 1960s.

† These songs are meant to be part of Awesome Mix Vol. 2 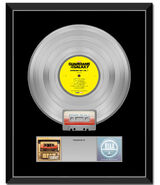