Girl in the Flower Dress

Girl in the Flower Dress

"Who is the woman you referred to?"
"A fan of the Rising Tide. Some rich girl in a flower dress."
―Grant Ward and Miles Lydon

Girl in the Flower Dress is the fifth episode of the first season of the television series Agents of S.H.I.E.L.D.

An elusive girl in a flower dress may hold the key to the mystery that brings Coulson and team to Asia to rescue a young man with an unusual and dangerous power; and Skye has a secret that jeopardizes her relationship with the team right when they need her most.

On the streets of Hong Kong a man is performing magic tricks for a crowd. As his tricks become too predictable for the crowd the presence of a mysterious woman in a flowery dress influences the man to use his natural "gift" to produce real fire from his hands, impressing the crowd. Back at his apartment, the woman in the flower dress shows interest in the man's abilities, resulting in him being kidnapped by men in fire proof suits. Waking up, the man, Chan Ho Yin, is at first hostile towards the woman, who introduces herself as Raina, but she manages to convince him to work with her by saying that with her help she will make his name known and give him recognition for his unique abilities.

On the Bus, Skye, who has finally seemed to gain the group's trust, is playing Battleship with Ward until they are brought to the briefing room with the others. Coulson introduces the others to Quan Chen, leader of S.H.I.E.L.D.'s Hong Kong district who tells them that meta-human Chan Ho Yin was kidnapped. Skye, surprised to find out there are other people with powers, is told by Coulson that Chan is on the Index, a short list of people with incredible abilities kept by S.H.I.E.L.D.

Quan then reveals that Chan's abilities were revealed by the same group of hackers who have been messing with their system: the Rising Tide, causing everybody to focus on Skye. In Coulson's office Skye claims that she is innocent, noting that she has been on the Bus with the team for the last two weeks, but Coulson claims this would give her the perfect opportunity to hack S.H.I.E.L.D. Backed by Ward, Skye claims to prove her innocence by helping them find the hacker who sent the leak. In Texas, the team attempts to capture Miles Lydon, an experienced Rising Tide hacker, but he manages to escape them.

Back at his apartment Lydon is met by Skye, who asks if he had been followed and it is soon revealed that the two are in a relationship. After making love, Skye and Lydon are caught by May. While Skye tries to convince Coulson that Lydon is innocent, May interrogates him but he does not cooperate.

Meanwhile Raina and the Centipede Project scientist Debbie manage to increase Chan's fire abilities with a version of the Centipede Serum, leading Chan to choose the name "Scorch". They then knock him out again to continue their experiments.

On the Bus, Lydon is surprised when Skye defends the team and claims that because of him an innocent man was kidnapped. Meanwhile, at the lab Debbie and Raina extract Chan's naturally fire resistant blood platelets for use in future projects, which causes Chan to burn himself whenever he uses his powers.

Coulson, May, and Quan along with other agents infiltrate the lab while, on the Bus, Ward reveals that Lydon sold the information for money, thinking that the scientist were working on an actual centipede. Ward releases Skye when Coulson tells them they need her help to hack the facilities system. As the agents free Chan he quickly kills Quan, claiming that no matter who he goes with he'll never be able to use his gift. Chan begins to attack the S.H.I.E.L.D. agent present, despite his powers now causing him pain and burning his skin. Chan catches up to Raina and Debbie, seeking revenge for their inhumane experiments. Raina indifferently shuts Debbie out of the elevator they are on, after which Chan burns her to death using his powers.

After trying to get through to him, May and Coulson inject Chan with an extremely high dose of the Centipede serum, causing Chan's body to overheat and explode. However, with Lydon's help they manage to transfer the energy from the explosion out of the building and into the sky, saving the civilians. Coulson thanks Lydon before kicking him off the plane, making him find his own way back to Texas (from Hong Kong) while donating the money he got from the information he leaked to Quan's family.

Coulson then turns his attention to Skye and claims that ever since she got on the plane she's been hiding something and orders her to confess or he's done with her resulting in Skye revealing a chip that has all of the existing information on her parents, from which she only found a single file docketed by S.H.I.E.L.D. Coulson decides to let her stay, but in return she must wear a Tracking Bracelet that lets S.H.I.E.L.D. track her every move, and limits her ability to interact with electronic devices without permission. 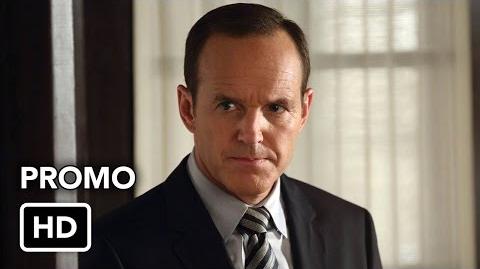 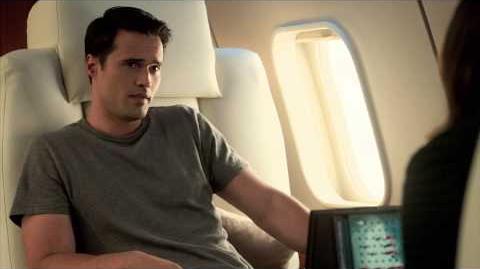 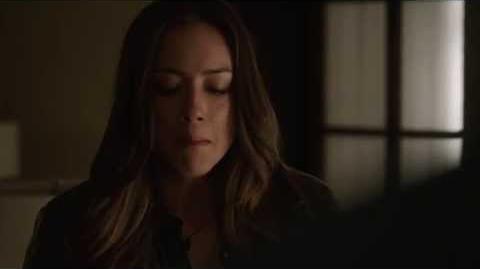 The Marvel Cinematic Universe Wiki has a collection of images and media related to Girl in the Flower Dress.