First Light is the first episode of the first season of the television series Cloak & Dagger.

Tandy Bowen and Tyrone Johnson – two teenagers from very different backgrounds, find themselves burdened and awakened to newly acquired superpowers which are mysteriously linked to one another. The only constant in their lives is danger and each other. Tandy can emit light daggers and Tyrone has the ability to control the power of darkness. They quickly learn they are better together than apart.

In 2009 New Orleans, the young Tyrone Johnson steals a car radio to impress his older brother Billy Johnson and his friends. However, Billy chastises Tyrone for his action and urges him to return the car radio where he stole it. On their way, they encounter the NOPD officer James Connors, who begins chasing them. Tyrone manages to hide, but Connors corners Billy on the docks and draws his gun. At this moment, the Roxxon Gulf Platform in the bay explodes, which surprises Connors who fires his weapon, killing Billy under Tyrone's eyes.

At the same moment, Tandy Bowen is picked up by her father Nathan after her dancing lessons. During the drive, Nathan, a Roxxon Corporation who precisely warned the company about the risk of collapse of the platform, is also surprised by the explosion. He eventually crashes his car, which falls into the water. Nathan dies in the accident, but Tandy survives and struggles to get out of the car. Both she and Tyrone, who dove to find his brother's body, are put in contact with a strange mixture of Lightforce and Darkforce. In the next morning, Tandy awakens on the beach next to an unconscious Tyrone, and leaves before he wakes up, taking his hoodie with her.

Years later, Tyrone now attends classes at St. Sebastian's Preparatory School, where he is a member of the basketball team. However, he still struggles to control his anger, and assaults another player during the game after he repeatedly pushed him, causing his parents Adina and Otis to be very disappointed. Meanwhile, Tandy seduces a young man, Rick Cotton, during a party. She persuades him to bring him to his flat, where she drugs him so that she and her boyfriend Liam Walsh can rob the place, a modus operandi frequently used by Tandy, who lives alone at the abandoned St. Theresa's Church.

Despite his behavior at the game, Tyrone is invited by a classmate, Evita Fusilier to a party held to celebrate St. Sebastian's victory. Tandy is also present at the party, hoping to steal some more money, and encounters Tyrone before stealing his wallet. Tyrone chases her down to a cemetery, where they touch each other, causing a violent reaction which throws them several meters apart, while their hands respectively emit Darkforce and Lightforce. Tandy recognizes Tyrone as the young boy on the beach, but unable to understand what is happening, she displays a massive outburst of Lightforce and runs away, leaving Tyrone puzzled.

While Tandy goes to find her boyfriend to let go of her emotions and nearly confides in him as to what happened on the night the platform exploded, Tyrone returns home and goes to sleep. However, in the morning, he finds himself on a rooftop with his blanket, without any idea of how he ended up here. Upon getting down, he spots Connors, now a Detective, who seems to be involved in illegal drug activity. On the same day, Tandy goes to her mother Melissa's house, and realizes that she can read her hopes upon touching her.

Indeed, the powers given by the Lightforce and Darkforce have begun to manifest in Tandy and Tyrone. As such, when Tandy is assaulted by Cotton who tracked her down and attempts to rape her, she unconsciously conjures a Lightforce dagger that wounds Cotton and enables Tandy to escape. As for Tyrone, he unwillingly teleports himself in Connors' trunk. He escapes and is chased by Connors, but when the latter touches him, Tyrone has a vision of the night Billy died, a memory that haunts and scares Connors. Tyrone then flees, and manages to use his powers to teleport back to his bedroom. Both teenagers remain puzzled by these abilities they begin to display. 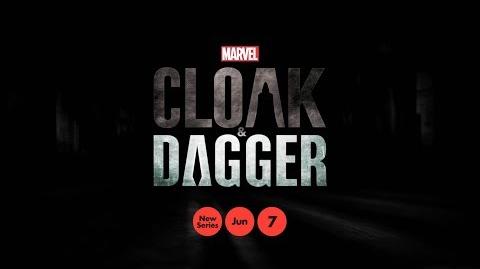 The Marvel Cinematic Universe wiki has a collection of images and media related to First Light.

Retrieved from "https://marvelcinematicuniverse.fandom.com/wiki/First_Light?oldid=1247677"
Community content is available under CC-BY-SA unless otherwise noted.