"All we have to do is pass through the exit point, and then your mind disconnects from the Framework."
"So we just need to get everyone there."
―Daisy Johnson and Jemma Simmons

The clock is ticking for Daisy and Simmons to get the team out of the Framework, but not everyone is ready and willing to leave.

Ten days after connecting Jemma Simmons and Quake to the Framework, the other S.H.I.E.L.D. agents aboard Zephyr One are running out of options. Indeed, the Framework draws a great deal of the plane's power, forcing them to turn off all the nonvital functions such as the heating. In order to keep the Framework running, Piper suggests disabling the plane's cloaking. Prince disagrees since the cloaking is the only thing which protects them from Anton Ivanov's men. However, Elena Rodriguez decides to follow Piper's suggestion and the Zephyr One reappears in the sky.

In the Framework, Simmons and Quake reunite after Quake's evasion from the Triskelion. Simmons tells Quake about Aida's plans: creating a living body so that she can be a real person with her own free will. In return, Quake informs Simmons of the existence of a backdoor built by Holden Radcliffe. The two S.H.I.E.L.D. agents decide to open the portal and get back to the real world with Phil Coulson, Melinda May and Alphonso Mackenzie. Simmons reluctantly agrees on the fact that The Doctor is out of their reach for the moment and that they must leave him in the Framework to get him back later. Moreover, May is very doubtful about the existence of the real world, despite Coulson's explanations.

At the Triskelion, the Doctor interrogates Radcliffe in order to know what he and Quake discussed when the two were imprisoned in adjacent cells. At first, Radcliffe refuses to speak, telling that he is already dead in the real world and that living in such a horrible version of the Framework, without Agnes Kitsworth, means nothing to him. However, the Doctor persuades Radcliffe to change his opinion by telling him of the possibilities offered by his Project Looking Glass : Radcliffe could upload his consciousness in a brand new body in the real world, and could even have as many bodies as he desires, thus achieving his long-running transhumanist dream of immortality.

Quake's plans to get to the Framework's backdoor is disturbed when Simmons, after discussing the situation of the Doctor with May, understands that the ruthless personality of her boyfriend in the Framework is due to his relationship with Alistair Fitz. Simmons resolves to find Fitz in order to force him to help her getting her boyfriend back. However, the encounter goes sideways when Fitz calls his son and asks him to come and arrest Simmons. A brief fight ensues during which Fitz is accidentally killed. Simmons, horrified, flees before the arrival of the Doctor and the HYDRA agents. When the Doctor finds the dead body of his father, he decides to get revenge on Simmons and kill her. Meanwhile, Simmons return to the Playground. Johnson, Simmons, Coulson, May, Mackenzie and Antoine Triplett take a Quinjet and fly to the Framework's exit.

Understanding that the situation is slipping between her hands with the murder of Fitz and the S.H.I.E.L.D. rebellion growing stronger, Madame Hydra decides to get on the next phase of her plan and activates the reactor she built in the real world, beginning the synthesis of her new human body.

The coordinates provided by Radcliffe lead Quake and her teammates to a steel mill, instead of a city park like Radcliffe designed it. Indeed, Aida discovered the backdoor and hid it beneath bulk of molten steel. When the S.H.I.E.L.D. agents begin to argue about what they should do, Mackenzie gets angry at Quake since he is the only one who was never told about the existence of the real world. Quake and Simmons then figure out that Quake could use her powers to reveal the backdoor, but before they can proceed, a team of HYDRA agents storm the steel mill. Several agents are taken down but Coulson is shot multiple times nonetheless. May goes to his rescue and makes him go through the portal. May quickly follows him, finally convinced, and the two finally wake up in the real world, where Coulson destroys Aida's android body, also connected to the Framework.

Nevertheless, the situation is still critical in the Framework: the Doctor, accompanied by Radcliffe, is also present at the steel mill and finally finds Simmons. Simmons apologizes for what happened with his father and tries to have her boyfriend regain her consciousness but to no avail. While the Doctor is ready to shoot her, Radcliffe reveals his trickery and disarms him: gaining the Doctor's trust was the only way to bring him to the backdoor and to save the Doctor. Simmons and the Doctor are thus successfully brought back to the real world. Only Quake and Mackenzie remain. Despite Quake's insistence, Mackenzie refuses to go back to the real world since his daughter Hope Mackenzie is alive in the Framework and he can have a life with her, be it virtual. Saddened, Quake returns on the Zephyr One and apologizes to Rodriguez for leaving Mackenzie behind. They still have a much more urgent matter to deal with: the Zephyr One is attacked by Ivanov's men.

At Ivanov's naval base, Coulson and May try to calm down Fitz, who is horrified by what he has done in the Framework since his actions led to the deaths of Agnes Kitsworth and Jeffrey Mace. While Fitz is still in distress, Aida arrives, using her newly created human body. She seemingly tries to seduce Fitz again as she did in the Framework. Fitz, puzzled, is unable to react and cannot move away from May's aim, keeping her from shooting Aida. Suddenly, Aida teleports, displaying an ability similar to the Inhuman Gordon and takes Fitz away with her, much to Coulson's and May's dismay. 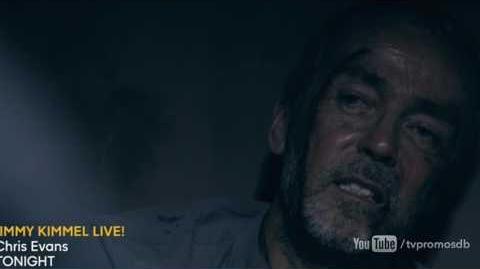 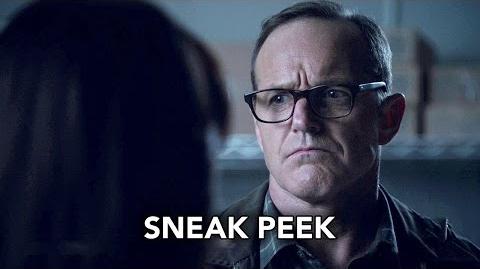 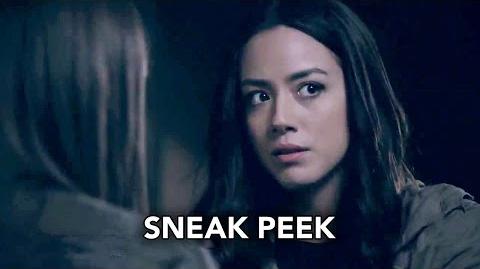 The Marvel Cinematic Universe Wiki has a collection of images and media related to Farewell, Cruel World!.