The Extremis Soldiers were a group of former United States Armed Forces soldiers enhanced by the use of Extremis that served as the personal army of A.I.M. leader Aldrich Killian.

With the help of Aldrich Killian, A.I.M.'s leader, Maya Hansen semi-stabilized Extremis and also started to recruit amputees and other disabled people, most of whom were victims of military ops, as test subjects. In many of those tests, the test subjects' bodies grew unstable from the treatment, causing explosions in the A.I.M. facilities. One such soldier was Chad Davis, whose death was later disguised as a suicide bombing in Rose Hill. These incidents caused A.I.M. to hire an actor named Trevor Slattery to portray the Mandarin and use him to make the explosions look like terrorist attacks.

An Extremis Soldier named Eric Savin met with another test subject, Jack Taggart, at the TCL Chinese Theatre for an exchange of Extremis doses, where he was confronted by Happy Hogan. Suddenly, Taggart went critical and blew up the theatre, severely injuring Hogan and Savin whilst killing several people in the vicinity. Savin later regenerated due to Extremis and left. The next day, he led a team of heavily armed choppers to destroy Tony Stark's mansion after he threatened the Mandarin in response.

In Rose Hill, Tennessee an Extremis Soldier named Ellen Brandt was sent to recover a set of documents from Mrs. Davis. There, she found out that Stark had already collected them and tried to retrieve the file with Savin's help, but failed.

As part of a trap to acquire the Iron Patriot Suit, an Extremis Soldier was sent to Pakistan disguised as a sweat shop worker, where she used her powers to ambush Iron Patriot disable his suit. Once A.I.M. successfully secured the armor, Savin was sent inside it to infiltrate Air Force One and kidnap President Matthew Ellis.

Some Extremis Soldiers were stationed on Roxxon's Norco for the president's execution. They eventually found Stark and James Rhodes when they were trying to rescue Pepper Potts and Ellis. During the Battle on the Norco, Stark had J.A.R.V.I.S. target all Extremis heat signatures and destroy them with the Iron Legion. In the ensuing battle, the Extremis Soldiers destroyed some of the Iron Man armors but were ultimately killed by them, Rhodes and Stark, with Potts helping to vanquish Killian.[1] 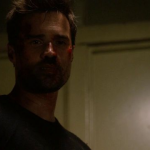 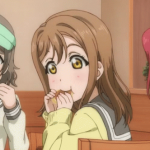