"Every human deserves a chance to be freed from his prison. Their emancipation will be my gift to you."
―Hive to Daisy Johnson

With only two episodes left before S.H.I.E.L.D. loses one of their own, Daisy's prophecy ticks closer towards a major loss, as the aftermath of the events of Captain America: Civil War force S.H.I.E.L.D. to register the Inhumans.

Phil Coulson, after reading about the death of Peggy Carter and watch a WHiH World News report about the ratification of the Sokovia Accords, has a meeting with Glenn Talbot on Matthew Ellis' order to reveal all Inhumans working for S.H.I.E.L.D. in order to relegitimize the organization in the intelligence community. Coulson refuses the offer but decides to show Talbot the Playground nonetheless.

Daisy Johnson, who is being drained of blood by Holden Radcliffe, constantly hacks into the S.H.I.E.L.D. computers, especially the Containment Module of Lincoln Campbell, in order to spy; Leo Fitz and Jemma Simmons are kept busy repelling her efforts. Campbell, on the other hand, knows what Johnson is doing and communicates with her.

The Watchdogs have an informant in the ATCU and plan an attack to capture an Inhuman to show the world that they are about extermination, not registration, of the species. Hive is that informant and has them chase Hellfire; the two capture the Watchdogs' unit and presents them to Radcliffe.

Talbot is shown "the good, the bad, and the ugly" amongst Inhumans in the Playground - namely, Elena Rodriguez, Campbell, and Lash. Talbot then reveals that he knows that Johnson is with someone who resembles Grant Ward and wants full disclosure to what is truly happening. Coulson reveals to Talbot everything about Hive; Fitz and Simmons reveal that Hive is trying to turn all Humans into Inhumans under his command.

Radcliffe's experiments have turned the Watchdogs into snarling, barely-sentient beings that he soon dubs Primitives. Although Hive initially seems to be disappointed, ordering the Primitives to kill Radcliffe, he finds them acceptable, as they are obedient. Radcliffe is horrified, calling the Primitives "abominations to science" and wanting to tweak the pathogen into something that will not diminish the victim's mental capacity, though Hive refuses, as he is satisfied with the results as they are.

Johnson shows Campbell how to free himself from the Containment Module and how to navigate through the Playground without being caught until Fitz realizes that the video feed is a continuous loop. Campbell seemingly is ultimately successful in escaping in a Quinjet.

However, Campbell turns out to still be at the Playground, and his Quinjet is still in the hangar. It is Lash who goes to meet Hive, in the other Quinjet.

Back at the Playground, Campbell explains his gambit to the rest of S.H.I.E.L.D., including Alphonso Mackenzie, and General Talbot. He knew Johnson was untrustworthy in her current state, so he pretended to go along with her, all the while writing messages on his food trays to communicate his plan to Agent Melinda May. Since Johnson was communicating with him and there was always a risk of her hacking into the security footage, he had to keep most of S.H.I.E.L.D. in the dark. He attacked Mackenzie because he did not count on him entering the picture; he sent Lash because he believes that "Lash's purpose is to kill Hive".

As Campbell explains his gambit, Hive backs off, knowing from Ward's memories how dangerous Lash is. Realizing there is no way out, Hive attempts to fight, only to be knocked off the platform. Lash jumps after Hive and prepares for the kill. Hive attempts to sway Lash, but the monstrous Inhuman destroys the cloud of parasites with his energy blasts, rendering them useless. As Hive tries to process what just happened, Lash blasts a hole into the dark Inhuman's chest.

Hive survives, barely, and the Primitives escape from their shipping container. The Primitives stand no chance against Lash - the Primitives that were once Watchdogs Pete Boggs and Jackson are killed - but stall the monstrous Inhuman for long enough for Radcliffe to notice the base is under attack and alert Johnson. Radcliffe attempts to convince Johnson to flee, but she is compelled to protect her leader. However, Johnson is heavily weakened by the blood loss and can only muster a feeble shockwave, which puts enough strain on her to cause her to collapse.

Lash walks up to the defenseless Johnson but chooses to spare her, freeing her of Hive's brainwashing instead by drawing the parasites from her body and destroying them. As he carries her to the Quinjet, Hellfire returns from a beer run and impales the monstrous Inhuman with his chain. Johnson musters what strength she has left and fired a shockwave to knock Hellfire and the surviving Primitives back, then comforts Lash, happy to have served his purpose, in his final moments.

Johnson flies back to the Playground with Lash's corpse. Once she returns, Fitz and Campbell realize that Lash was meant to rescue Johnson, not kill Hive. A test confirms that Johnson is no longer under the Hive's control. Simmons realizes that these were not the actions of Lash, but rather Andrew Garner breaking through one last time, as May mourns the death of her ex-husband.

Later, Johnson has relayed the outcomes of Hive's experiments, and General Talbot reveals that the Watchdogs who attacked the ATCU headquarters stole a warhead and handed it over to HYDRA, the organization that Hive led for a few months. All of S.H.I.E.L.D. realize that Hive intends to use this warhead to spread the pathogen Radcliffe created. 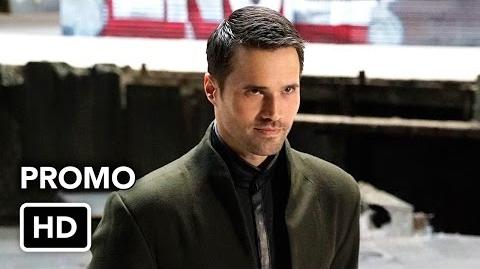 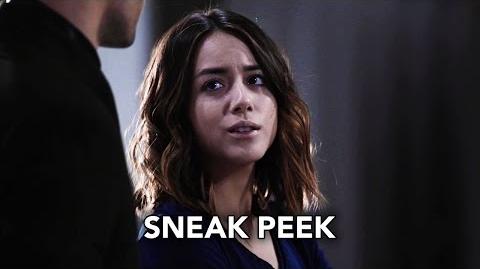 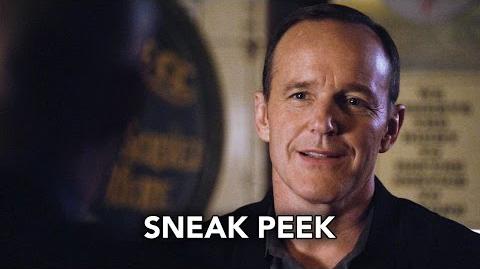 The Marvel Cinematic Universe Wiki has a collection of images and media related to Emancipation.