Marvel Cinematic Universe Wiki
Register
Don't have an account?
Sign In
Advertisement
in: Articles to be expanded, Locations, Prisons,
and 7 more
English

"A museum that doubles as his base of operations. A mining colony in a severed head of an ancient Celestial being."
―T'Challa[src]

The Collector's Museum was an intergalactic vault and holding area located at the Knowhere mining colony under the control of Taneleer Tivan, used to store the various objects and specimens in Tivan's collection.

"I can assure you it will be absolutely safe here in my collection."
"See that it is."
―Collector and Sif[src]

Asgardians Sif and Volstagg arrived at the museum to deliver the Aether to the infamous Taneleer Tivan. They were introduced to Tivan by Carina, and willingly gave the Aether to him, not realizing that he was apparently seeking the other Infinity Stones.[1]

Offering of the Orb

"We have the galaxy's largest collection of fauna, relics, and species of all manner."
―Carina to the Guardians of the Galaxy[src]

The Guardians of the Galaxy arrived to give the Orb to Taneleer Tivan. Tivan explained to the Guardians that it was an Infinity Stone. Upon discovering this, Carina attempted to use the power to escape from slavery by grabbing the Stone, which only disintegrated her and caused a huge explosion. The Guardians got out unscathed and Tivan suffered a minor head injury, but all of the creatures escaped.[2]

Tivan later sat sipping a drink while Cosmo licked his face, much to Howard the Duck's disapproval.[3]

In 2018, Thanos went to the Collector's Museum to seek the Reality Stone so he could put it into the Infinity Gauntlet. After acquiring it, he set the Musuem on fire, destroying everything and watched as it was engulfed in flames. Soon, he used the Reality Stone to perform an illusion. When Peter Quill, Gamora, Drax, and Mantis arrived, they were tricked by his illusion, leading Gamora to believe her father had died.

After removing the illusion, Thanos temporarily subdued Mantis and Drax with the Reality Stone and captured Gamora. Gamora told Quill to kill her with his Quad Blaster like they had talked previously about. However, Thanos used the Reality Stone to turn Quill’s shots into bubbles and used the Space Stone to transport himself and Gamora out of the Musuem.[4] 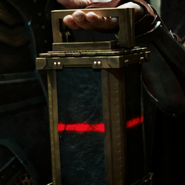 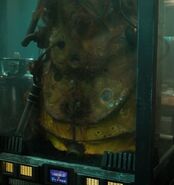 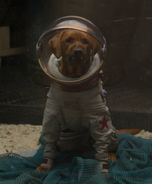 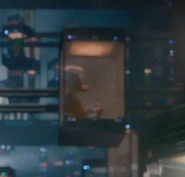 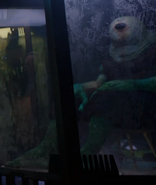 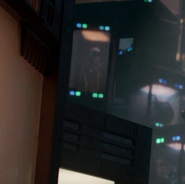 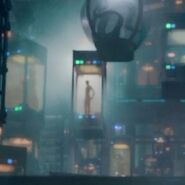 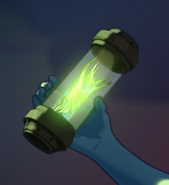 The Marvel Cinematic Universe Wiki has a collection of images and media related to Collector's Museum.