"Lash is in S.H.I.E.L.D. And with your help, I can prove it."
―Lincoln Campbell to Alphonso Mackenzie

Chaos Theory is the seventh episode of the third season of the television series Agents of S.H.I.E.L.D..

As Daisy and the team fight to protect Inhumans, S.H.I.E.L.D. discovers the shocking truth about one of their foes; Fitz helps Simmons recover information that could lead them back through the portal.

Alphonso Mackenzie receives a phone call and wonders why he was the chosen party; nonetheless, he goes to see why Lincoln Campbell wants to meet with him as opposed to Johnson.

Returning from Lisbon, Melinda May reminiscences about what happened six months ago in Maui while she and Andrew Garner were on vacation; she was happy, a rare feeling for her, until Garner suddenly stopped seeing her and began avoiding her. Talking to Bobbi Morse, she learns that S.H.I.E.L.D. is pursuing a monstrous Inhuman called Lash who has massacred others. At the Playground, May reviews the flight logs of her ex-husband to see if the words of the now comatosed Werner von Strucker are true: Garner is Lash.

Meanwhile, Phil Coulson has decided that Rosalind Price has earned a tour of the Zephyr One, and has a Quinjet deliver her to her tour guide, Daisy Johnson. Johnson shows Price a Containment Module and feels that it is more humane than the Suspension Gel that the ATCU uses. The women converse about human rights to be around living weapons, as Price interprets Inhumans as being, and two agree to disagree. Price tells Coulson about the conversation while he tries to use his prosthetic hand to tie a necktie; the two grow closer as he accepts her assistance.

Jemma Simmons gives Leo Fitz her phone, that she used to record her thoughts when she was on Maveth, to fix in hopes that he can use the data to open the Monolith. Reviewing the videos, Fitz notes that Will Daniels has a symbol on his NASA suit similar to what he saw in the English castle weeks ago. He tells this to Lance Hunter and Bobbi Morse, who have decided that chasing Grant Ward for revenge is no longer a productive idea, and gets a mixed reaction.

May goes to the Cocoon and, as Garner has thoughts of killing his patient, Joey Gutierrez, confronts Garner about his alter ego. Garner attempts to lie, but May presses the confrontation until Garner shoots her with an I.C.E.R.

Mackenzie brings Campbell to Zephyr One and they alert Coulson that Garner is Lash; Campbell did not want to endanger Johnson with the revelation. The plane is redirected from its destination to Colorado to find Garner at Culver University.

In an abandoned building in the University, Garner tells May the story of how six months ago, he opened a book belonging to Jiaying that contained a Terrigen Crystal which transformed him, causing him to avoid her until he could handle his new powers. As May revealed to Garner how much she loved him, Coulson interrupts, hoping to contain Garner peacefully or allow his agents, including Campbell and the soldiers of the ATCU, to get into position. However, Campbell, angered that Lash had killed his friends from Afterlife, attacks prematurely and causes Garner to transform and fight. A battle proceeds where Lash kills the ATCU soldiers and throws Price off a balcony, to be saved by Johnson's vibrational powers. Lash nearly kills Mackenzie, but the strength of Coulson's hand prevents Lash's killing stroke. Ultimately, Campbell uses himself as bait to lure Lash to a Containment Module, but it is May who calms the man long enough for him to be sedated.

Price talks May into allowing Garner to be placed in Suspension Gel until a cure for his transformation can be found; May reluctantly agrees.

The next morning, Price calls Gideon Malick, interrupting his meeting with Ward, to apologize for not making it to Colorado for him to meet with Coulson; Malick asks her to be more expedient with the meeting. As she hangs up, Coulson, kissing her, emerges from her bedroom. 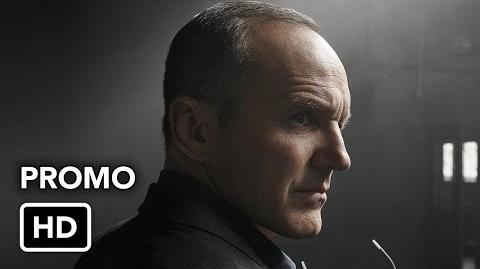 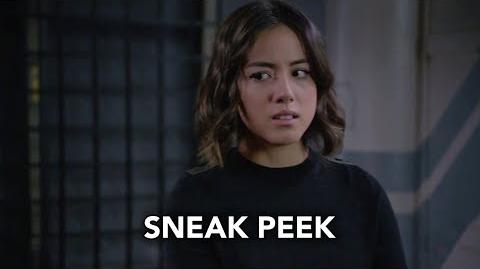 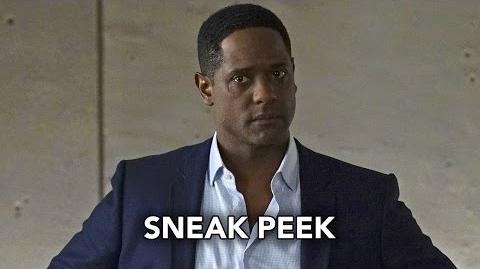 The Marvel Cinematic Universe Wiki has a collection of images and media related to Chaos Theory.