The Guardians of the Galaxy Holiday Special (unreleased)

The Celestials are the oldest race in the universe. Entities with vast matter and energy manipulation abilities, they were present long before the dawn of creation and were responsible for the Big Bang and for bringing planets and lifeforms into existence throughout the cosmos.

Creating all of Existence

"In the beginning... before the six Singularities and the dawn of creation, came the CELESTIALS. Arishem, the Prime Celestial, created the first sun and brought light into the universe. Life began, and thrived. All was in balance."
―Eternals[src]

The Celestials were the first form of existence to ever live in the universe. They predate the Big Bang and even the six Singularities. Possessing infinite cosmic power, the Celestials, led by Arishem the Judge, created planets, stars, and lifeforms and brought light into the universe. In order to create more Celestials and push the boundaries of life in the Universe, they seeded planets with nascent Celestials. As the Emergence of a new Celestial required the presence of a large population of sapient beings on the world they were seeded into, the Celestials genetically engineered the Deviants to wipe out the planet's apex predators so that intelligent life could thrive.

However, due to their biological nature, the Deviants evolved and betrayed their original purpose by hunting and wiping down all life. To stop their rogue creations, the Celestials then created new synthetic beings, the Eternals, sending them across the cosmos to eradicate the Deviants and protect sapient life on the planets seeded with Celestials.[1]

"These stones, it seems, can only be brandished by beings of extraordinary strength. Observe: These carriers can use the stone to mow down entire civilizations like wheat in a field."
―Collector[src]

The Celestial known as Eson the Searcher used the Power Stone as a means of destroying an entire planet. Knowhere, a space-borne mining colony, was actually the severed head of a deceased Celestial.[2]

"I need to fulfill life's one true purpose – to grow and spread, covering all that exists, until everything is... me! I only had one problem. A single Celestial doesn't have enough power for such an enterprise. But two Celestials... Well, now, that just might do."
―Ego to Star-Lord[src]

The Celestial known as Ego became aware of his own existence soon after his birth millions of years ago. Ego realized that he could manipulate molecules and began creating a planet around himself. After a few millennia, Ego began wondering if there was other life around him. He created a host body for himself and began searching the galaxy before finally finding life. In his travels throughout the galaxy, he planted seedlings upon thousands of planets, capable of terraforming them into new extensions of himself, but they could only be activated by the power of a second Celestial. He interacted with other species, impregnating many women in an attempt to create a new Celestial. Ego hired the Ravager Yondu Udonta to collect the children. However, none of the children could access the Celestial power. Not being of any use to Ego, he killed and disposed of them.

Ego eventually met and seduced Meredith Quill, who then gave birth to a son named Peter. After Ego had killed Meredith, he paid Yondu Udonta to collect Peter, but Udonta never delivered the boy, after discovering what Ego had done to the other children he had delivered. Ego had been searching for his son ever since to see if he had inherited the Celestial gene.[3]

In 2023, the Celestial Tiamut the Communicator, seeded within Earth, began to awaken after the Blip, which brought the world population to a level where Tiamut could awaken. When the Emergence began however, the Eternals, who the Celestials had created to ensure the birth of Tiamut fought to prevent his rise, and formed a Uni-Mind, allowing the Eternal Sersi to use her powers to turn Tiamut to marble, sacrificing him to save Earth. This alerted Arishem, who abducted the Eternals responsible from Earth.[1]

"Our universe is a constant exchange of energy. An infinite cycle of creation and destruction. Celestials use energy gathered from host planets to create suns, generating gravity, heat and light, for new galaxies to form. Without us, our universe will fall into darkness."
―Arishem the Judge[src]

The Celestials seem to be humanoid in nature. Their bodies appear to have had similar skeletal and neurological elements to humans, but on a planetary scale, or even greater. Human-sized Eternals barely register as flecks of dust when next to a full-grown Celestial.[1] The severed head of one is large enough to house a mining colony, and has enough extractable resources to keep them operating for centuries.[2] The Celestials are capable of manipulating matter and energy on an immense scale, and according to Phastos, they are the most powerful energy generators in the universe.[1]

Although Eson the Searcher shares some similarities with the standard Celestials, his size and stature is shown exponentially smaller, about the size of a mountain.[2]

The standard Celestial life cycle takes eons to complete, from seeds to Emergence. Arishem mandated that some Celestials must be born every few million years. A Celestial is "born" with a colossal armored humanoid shape, bursting out of its planet in a cataclysmic manner. Using energy gathered from the host planet, the newborn Celestial joins its brethren in creating stars, generally ensuring more planets evolve life across the universe and ensuring some of them become potential hosts for future Celestials.[1]

Ego's biology seems to be unique among Celestials. He was "born" as a large brain with immense cosmic power, able to alter the molecules around him to both protect himself (the brain-like "core" being his sole vulnerable spot) and manifest corporeal extensions of himself able to mimic a humanoid (and any other) form. Ego's means of making more of himself appear to be similar to the standard Celestial reproduction method, which had him planting seeds of himself on thousands of worlds, though these seeds were capable of "blooming" and terraforming their host worlds under his sole discretion given enough energy.[3]

There is only one known Celestial-Human hybrid: Peter Quill who, after learning of his origins, demonstrated the ability to draw power from his father (Ego) in order to manipulate matter and energy.[3] Quill was also immortal and survived contact with the Power Stone, which he and the other Guardians of the Galaxy used to defeat and kill Ronan the Accuser.[2] Quill's Celestial powers, including his immortality, seem to have faded with his defeat of Ego.[3]

Although another Celestial can be created through sexual reproduction, it is extremely rare. Ego fathered numerous children in the hopes of creating another Celestial but only Peter showed any signs that he inherited the necessary genes.[3]

Barring exploiting singular weakpoints, it takes nothing less than colossal amounts of energy to kill a Celestial. They are immortal, immune to aging, and will keep going indefinitely unless someone or something stops them. Some force or entity in the universe was powerful enough to decapitate one.[2] Transmuting a Celestial into other materials also kills it, though the energy required came from cosmic-powered beings and the Celestial itself sharing a link.[1] The combined might of the six Infinity Stones used by an alternate Ultron is enough to destroy his universe's Ego.[4]

Due to their cosmic scale, the Celestials barely consider their actions in terms of good or evil as defined by lesser species. They see the universe as a constant exchange of energy and they hold themselves responsible for keeping it going. The birth of a Celestial means the destruction of an intelligent civilization, though in the grander scale of things the civilization's sacrifice means more life will evolve. Their only concern with intelligent life on seeded worlds is reaching the population quota for an Emergence, and they don't care about the casualties arising from it or from any internecine conflicts in the interim.[1]

Outside of beings consumed by their birth, the Celestials will also destroy civilizations that offend their grand design. The only thing that stays their hand is if the offending civilization's continued existence has a net positive effect on the universe, and they evaluate such things thoroughly.[1] Ego, the only known outlier, cannot be judged by the same standards due to the circumstances of his being.[3] 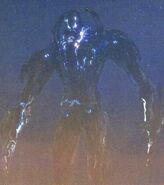 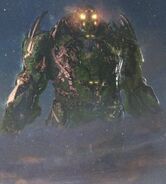 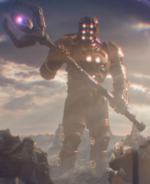 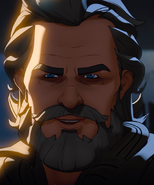 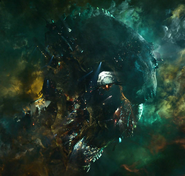 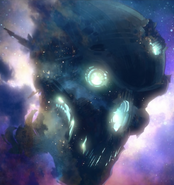 The Marvel Cinematic Universe Wiki has a collection of images and media related to Celestials.