Blade is an upcoming superhero film, based on the Marvel Comics superhero of the same name.[3] A reboot of the Blade franchise, it will be an installment of Phase Four of the Marvel Cinematic Universe.

In 2011, the rights to the character Blade were reverted back to Marvel.[8]

On October 11, 2016, Kevin Feige expressed interest in eventually introducing Blade in the Marvel Cinematic Universe stating: "He’s a really fun character. We think this movie going into a different side of the universe would have the potential to have him pop up, but between the movies, the Netflix shows, the ABC shows there are so many opportunities for the character to pop up as you’re now seeing with Ghost Rider on Agents of S.H.I.E.L.D.."[9]

On July 20, 2019, at San Diego Comic-Con 2019, Feige announced that a film about Blade was in development and that Mahershala Ali would play the title character.[3]

On October 1, 2020, Mahershala Ali revealed in an interview on The Tight Rope podcast that when he first approached Marvel about playing Blade, they were considering rebooting the character in a television series rather than a film and that it took "a couple of years" for them to come to a conclusion and cast him in the film.[11]

On October 23, 2020, it was reported that Marvel Studios was searching for the writers for the film.[12]

On February 5, 2021, The Hollywood Reporter reported that Stacy Osei-Kuffour had been tapped to pen the film's script.[2]

On March 1, 2021, it was reported that that the film would begin production in September and was expected to wrap in December in Atlanta.[13]

On May 5, 2021, The Hollywood Reporter reported that the film's production had pushed back from its initial start date to July 2022, so that Marvel Studios could spend time working on the the film's script.[14]

On September 1, 2021, Bassam Tariq revealed that he would be directing the film.[15]

On November 19, 2021, The Hollywood Reporter reported that Delroy Lindo had joined the cast of the film in an undisclosed role.[4]

On January 7, 2022, it was reported that the film was expected to begin production in August and wrap by December.[16]

On February 22, 2022, Deadline reported that Aaron Pierre had joined the cast of the film in an undisclosed role.[5]

On June 2, 2022, it was reported that Damián García had joined the film as the cinematographer.[18]

On June 6, 2022, it was revealed that the film was scheduled to start production on July 4 in Atlanta and New Orleans.[19]

On June 23, 2022, it was reported that Milan Ray joined the cast of the film in an undisclosed key role.[6] 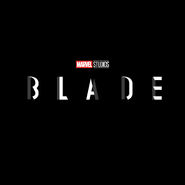 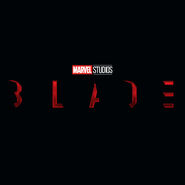 The Marvel Cinematic Universe Wiki has a collection of images and media related to Blade (film).