Black Panther: The Junior Novel is a novel book based on the film of the same name. The audiobook version is narrated by Ike Amadi.

T'Challa, as the Black Panther and warrior King of Wakanda, must team up with elite members of the Dora Milaje --Wakanda's special forces- and C.I.A. agent Everett K. Ross to defend his kingdom in this epic junior novel based on the upcoming film Marvel's Black Panther.

"The living are not done with you yet."
―T'Challa to Helmut Zemo[src]

The prologue of the story is set during Captain America: Civil War. In Siberia, Black Panther has confronted Helmut Zemo and is confessing to him that he almost killed the wrong man, Bucky Barnes, in vengeance for killing his father. Zemo then explains that he is from Sokovia and that his family was killed after the Avengers blew up Sokovia in order to save the world from Ultron, and why even though he couldn't kill the Avengers himself, he could make them kill each other. Zemo then tries to commit suicide using a gun, but T'Challa stops him from doing so.

"But more important is that she has the book, and she's gone.""
―Everett Ross to T'Challa[src]

As T'Challa flies back from Siberia, he reflects on his father's death and how he is now truly alone. Zemo speaks little throughout the ride back to the Joint Counter Terrorist Centre in Berlin, Germany. In Berlin, Zemo and T'Challa meet with Everett Ross, who explains to T'Challa what will happen to Zemo at the Centre. As Zemo is put into custody, Ross explains how in a nearby boardinghouse the Winter Soldier Book was found, and how that could change a lot of things. Ross takes T'Challa to a conference room and briefs him on the Winter Soldier Book, its connection to Zemo, and how it was recently stolen by Charmagne Sund, a Sokovian woman. T'Challa reflects back onto his family and his father's death at the United Nations Summit in Vienna, Austria, but is put back into focus by Ross, who after revealing to T'Challa about a lead on Sund, takes T'Challa on a ride to the Berlin State Opera, where he believed she was.

As they were driving to the State Opera, their car was ambushed by Sund from the top floor of the opera house, bullets of vibranium pelting the car and injuring T'Challa. Despite the pain, T'Challa changed into his the Black Panther Suit, and after receiving a comm link with connection to Everett Ross, he crawled up the side of the opera house to find the trace of the bullets, but could not find anybody. Everett's team secured the area and started looking for clues, while T'Challa asked Ross, who was disappointed that T'Challa didn't catch the shooter, where the vibranium bullets came from. They came to the conclusion that some of the stolen vibranium had fallen into the hands of Sund. Meanwhile, as the Opera House investigation went on, T'Challa and Ross took a phone call with the Secretary of State Thaddeus Ross. As Everett took the call, T'Challa discovered Sund was from Sokovia, and that she was probably acting in vengeance. Suddenly, T'Challa and Ross were notified that Sund had bombed the Unter den Linden and explosions were constantly occurring. Using this as a distraction, Sund snuck into the Joint Counter Terrorist Centre Building and made the power go out, letting her release Zemo from his prison cell. She took him to the roof of the building and was about to kill him, as she was furious that emo had ruined the name of Sokovia with his plans to destroy the Avengers. T'Challa made his way up the roof and tried to stop her, but she shot him and stopped him from doing so. Just as Sund was about to kill Zemo, Everett Ross shot her right hand, stopping her from killing Zemo. Zemo is put back into custody with an armed guard, and Ross puts Sund into custody, retrieving the Winter Soldier Book as well.

As T'Challa returned home to Wakanda via his Royal Talon Fighter, he received a call from Captain America involving the Winter Soldier. 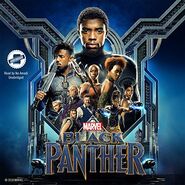