"I've seen the future. I've glimpsed it through the eyes of every creature dead, living, or yet to be. This is the beginning."
"The beginning of what, John?"
"The end."
―John Garrett and Grant Ward

Beginning of the End is the twenty-second and final episode of the first season of the television series Agents of S.H.I.E.L.D.

Dark secrets are revealed as Coulson and his team put everything on the line to stop Garrett and the forces of HYDRA, on the explosive season finale of Marvel's Agents of S.H.I.E.L.D..

Newly employed Jesse Fletcher is touring the Cybertek facility in New Mexico when Kyle Zeller, notices Phil Coulson's team's incursion into the Barbershop Headquarters. Both Zeller and Fletcher had been recruited through HYDRA's incentive program, which involves the kidnapping of family members and using them to forced labor. He issues orders to the Centipede Soldiers through their eye implants, but the team is able to activate Skye's Trojan, while Melinda May uses the Berserker Staff to demolish the building and cause it collapsing on the soldiers.

Later, at the facility, Ian Quinn begins his presentation of the factory to the United States Armed Forces representatives, but is interrupted by John Garrett, who begins to show signs of insanity, killing Jacobs. Coulson, Antoine Triplett, May, and Skye conduct an attack on the Cybertek facility, with Skye going to save Ace Peterson, May fighting Grant Ward, and Coulson going after Garrett. During the attack, Quinn and Raina steal the Gravitonium and depart, having no real loyalty to HYDRA.

Meanwhile, at the bottom of the ocean, Leo Fitz discovers a way to save Jemma Simmons from the chamber, believing it would cost him his own life. Simmons is able to drag him to the surface, where they are rescued by Nick Fury. Simmons survives, though Fitz is left in a dire state.

Coulson engages Garrett but was quickly overwhelmed until Fury arrives for support. Fury provides Coulson with the Destroyer Armor Prototype Gun, with Coulson remarking "I know what it does", after having used it without knowing its purpose against Loki. Coulson and Fury push Garrett back, with Deathlok delivering a supposedly fatal blow once he learns Skye had saved his son. The US Army invades the factory and all the Centipede-enhanced soldiers are defeated and taken into custody.

However, the badly wounded Garrett attempts to transform himself into a new Deathlok, only for Coulson to vaporize him a mere moment later with the 0-8-4 from Peru. In the aftermath, Ward, severely injured from May, and the Centipede soldiers are arrested, and Ace is reunited with his aunt.

Mike Peterson, unable to face his son, goes off on his own to redeem himself. Fury appoints Coulson as the new Director of S.H.I.E.L.D., asking him to rebuild it the right way and giving him the Toolbox. This leads Coulson and his team to a secret base run by Billy Koenig, Eric Koenig's a twin brother.

Raina delivers a photo of Skye to a mysterious, blood-soaked man, telling him "I found your daughter."

Later, Coulson awakes in the middle of the night and begins exhibiting signs of the same strange mental behavior that Garrett had exhibited, rewriting the same symbols Garrett wrote. 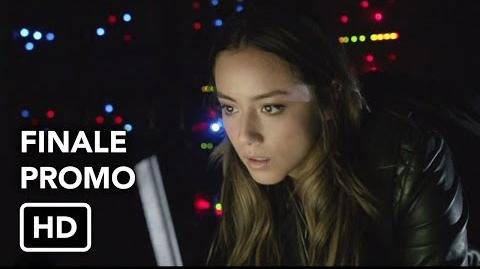 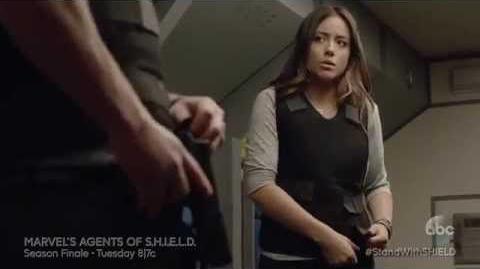 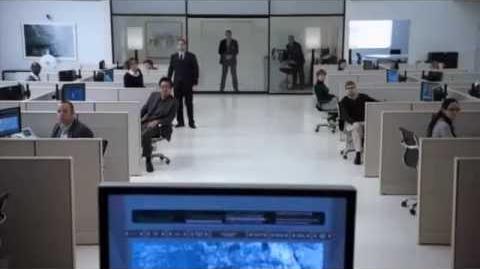 The Marvel Cinematic Universe Wiki has a collection of images and media related to Beginning of the End.