A threat has emerged from the cosmos: Thanos. A ruthless warlord who plans to collect all six Infinity Stones. Joined by his formidable allies, he will be near-unstoppable at achieving his goal. The Avengers, the Guardians of the Galaxy, Doctor Strange and Spider-Man must join forces and fight side by side to stop Thanos, while the fate of the Earth and the universe lays in the balance.

As the stage is set for Marvel's Avengers: Infinity War, each Super Hero involved has no way of knowing how their lives will be forever changed. Captain America, Thor, Doctor Strange, and the Guardians of the Galaxy all have a role to play in the coming cosmic war--but fresh off their own independent adventures, they'll have to come together as Thanos prepares his conquest. Told from unique perspectives, each hero finds their stories accelerating down the road to Infinity War![1] 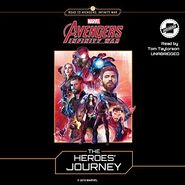