Asgardian Skiffs were a type of hovercraft warship used by the Asgardians for transportation. They are armed with rapid-firing rotary plasma cannons and missiles.

The Skiffs were used by the Asgardians as a method of transportation through Asgard as well as military aircraft used in war. During the First Dark Elf Conflict they were used to counter the Dark Elf Harrows. During the Second Dark Elf Conflict a pair of them were used to defend Asgard against attack by the Dark Elves, but both were destroyed even after managing to destroy one ship with missiles. After the Dark Elf attack, Fandral commandeered one to assist Thor and Loki in removing Jane Foster from Asgard. Fandral abandoned the skiff to buy his companions time, with Loki taking the skiff's controls and directing it through a dimensional tear that transported it to Svartalfheim.[1]

During the Siege of Asgard, the Skiffs were used against Hela. However, Hela was so powerful that she managed to destroyed all of the Skiffs.[2]

The skiffs were armed with a quartet of "gun pods." While they probably discharged some sort of energy, they operated somewhat like real world gatling guns.

The skiffs were also equipped with missiles capable of destroying a Dark Elf Harrow with a single burst. 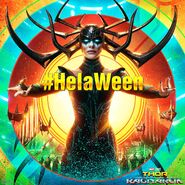 Retrieved from "https://marvelcinematicuniverse.fandom.com/wiki/Asgardian_Skiff?oldid=894891"
Community content is available under CC-BY-SA unless otherwise noted.