Ascension is the twenty-second and final episode of the third season of the television series Agents of S.H.I.E.L.D. and the sixty-sixth episode overall. It's also the second part of the season finale.

Hive explains to Daisy Johnson that he can no longer put her under his sway; Lash made her immune to his parasites. In anger, Johnson attacks her former master and the two Inhumans have a prolonged battle, but Hive heals easily from Johnson's stabs. She is captured and placed aboard the Zephyr One, which is flown away from the Playground.

Inside, the agents realize that the Primitives still retain the skills of the operatives they once were. Phil Coulson has his senior agents split up to secure sensitive areas of the base, such as the weapons vault and the science laboratory.

Leo Fitz and Melinda May secretly approach the plane in order to stop Hive from using the warhead. They find Johnson and soon are ambushed by Giyera. Fortunately, Fitz uses an invisible gun to kill Giyera. Meanwhile, in the Playground, the Primitives attack Elena Rodriguez leaving her severely injured. Alphonso Mackenzie takes Rodriguez with Lincoln Campbell, Coulson and Radcliffe. Campbell manages to cauterize her open wound. Jemma Simmons soon discovers that the Primitives cannot see under a high temperature so she increases heating of the base.

Coulson decides to use one of their Quinjets to approach the Zephyr and help May, Fitz and Johnson. The Quinjet arrives and Coulson uses a hologram of himself to distract Hive. When Hive discovers the trick, he destroys the hologram machine and proceeds to find the team. Campbell is attacked by Hellfire but Campbell defeats him. Unfortunately, Hellfire leaves a bomb which fatally wounds him.

Johnson meets Campbell and tells him that her destiny is to kill Hive using the Quinjet as she saw in her previous vision. The team fight the Primitives on the Zephyr while Johnson goes to put the warhead into the Quinjet. When Hive enters the Quinjet, Johnson manages to fly away but she is pushed away by Campbell who takes Hive with him on the plane. The team reunite with a sad Johnson to see the Quinjet explode, killing both Hive and Campbell in the process.

Several months later, the new director of S.H.I.E.L.D. has sent Coulson and Mackenzie to capture Quake again since Johnson became a fugitive and started to act as a vigilante. Coulson is confident that today will be the day she shows up. Johnson, dressed in a jacket, hat, and long dark hair, keeps her promise made to Charles Hinton several months earlier. She meets with Polly and Robin Hinton in the square, and gives Robin the wooden robin figure her father carved for her. Polly Hinton thanks her for all her help. Coulson and Mackenzie notice Johnson in the square and run to give chase. Johnson realizes that S.H.I.E.L.D. has found her and walks away to evade them. As Coulson, Mackenzie and several S.H.I.E.L.D. SUVs close in on her in a closed alley, Johnson uses her vibrational powers to lift herself off the ground in a very high jump onto a nearby roof. She manages to escape.

Dr. Holden Radcliffe has his last day of hearings. His name is cleared of a few stipulations. Radcliffe talks to his artificial intelligence Aida. Using the knowledge that he has obtained from his time with Fitz and Simmons, Radcliffe has created a new program based off an old S.H.I.E.L.D. program, the Life-Model Decoy. He downloads the program into a body, telling Aida it is "her birthday." 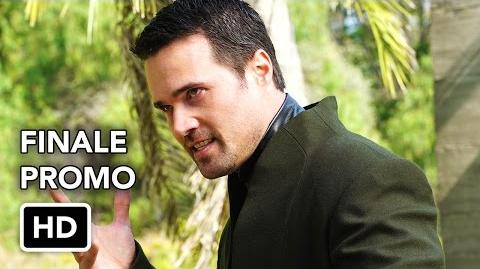 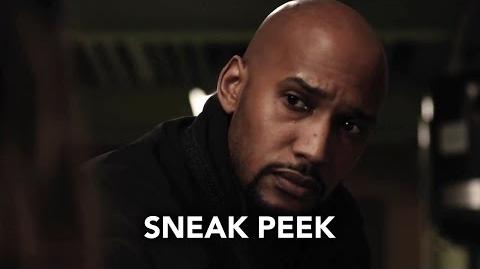 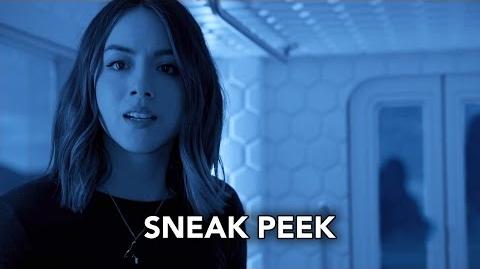 The Marvel Cinematic Universe wiki has a collection of images and media related to Ascension.

Retrieved from "https://marvelcinematicuniverse.fandom.com/wiki/Ascension?oldid=870943"
Community content is available under CC-BY-SA unless otherwise noted.