"I think he's in the ATCU. We know that he can transform himself into a regular-sized guy and back. What if he's hiding out as one of them?"
―Daisy Johnson to Phil Coulson[src]

Among Us Hide... is the sixth episode of the third season of the television series Agents of S.H.I.E.L.D..

The stakes get even higher as Hunter and May continue to go after Ward and HYDRA, and Daisy and Coulson begin to suspect that the ATCU may be keeping a big secret from S.H.I.E.L.D.

Andrew Garner survives the assassination attempt against him and Phil Coulson brings him to the Playground to be evaluated medically. Simultaneously, Melinda May arrives and is relieved that her ex-husband has survived; however, Garner lies about how this was accomplished.

Coulson takes Lance Hunter off the mission of killing Grant Ward and May replaces him with Bobbi Morse, though Morse has reservations about being in the field. May takes her to the Cayman Islands to access the lock box of Werner von Strucker, hoping that by finding him, Ward will be found. May advises Morse to use the experience she has learned to strengthen her in battle against future foes.

Ward realizes that S.H.I.E.L.D. will be looking for Strucker and orders Kebo to get to him first. While searching, Kebo gets a call and gives the phone to Ward; it is Gideon Malick, a very highly respected HYDRA member, who berates Ward for using von Strucker before he was ready for fieldwork. Malick gives Strucker's location in Lisbon, Portugal and Kebo tortures the young man.

Without an assignment, Hunter seeks something to do. He goes to the workshop of Leo Fitz but Fitz gets annoyed by him when he starts touching the computers and starts telling him that helping Jemma Simmons reunite with Will Daniels is not a good idea, given that he has feelings for her too. Hunter then finds a company with Daisy Johnson, who wonders why Lash has never attacked her though he has had opportunities, and Alphonso Mackenzie, who wonders if Luther Banks is the monstrous Inhuman.

Pursuing the possibility that Banks is Lash, the three chase him and Hunter shoots him with an I.C.E.R. They take a blood sample and while waiting for Simmons to process it for Inhuman DNA markers, go to Endotex Labs where Banks was scheduled to arrive.

Meanwhile, Coulson, after taking a detour to the house of Rosalind Price to investigate an alleged robbery there, pressures Price to take him to the ATCU facility.

Johnson sends in one of the new D.W.A.R.F.s, now with cloaking technology, into the building and finds Price and Coulson there with a comatose and imprisoned Inhuman. The three are appalled, but notice that Coulson does not seem to have the same reaction.

Simmons calls the trio and tells them that Banks is human.

Fitz, who is researching the Monolith with little results, relays to Morse and May that Strucker is in a penthouse in Lisbon and the women go there, starting the fight between themselves and Kebo's team.

Morse and May defeat their foes and May releases von Strucker from his restraints. May demands the location of Ward, but all the gravely injured Strucker wants to discuss is how Garner escaped him by transforming into a monster that, after killing his teammate and setting the place to explode, nearly killed him. May is left in disbelief at the revelation.

Lincoln Campbell calls Johnson when she returns to the Playground. The lovers know to only talk for so long or the call can be traced. Campbell does not reveal where he is but he misses Johnson. When she finishes, Garner is standing nearby. He asks Johnson to advise Campbell to reveal his location. 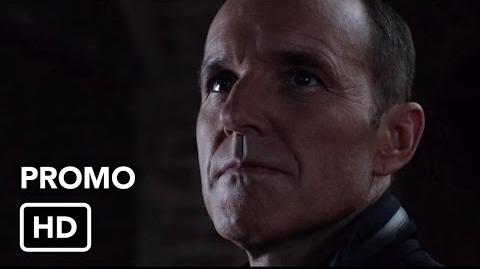 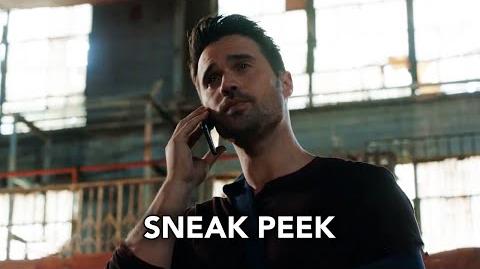 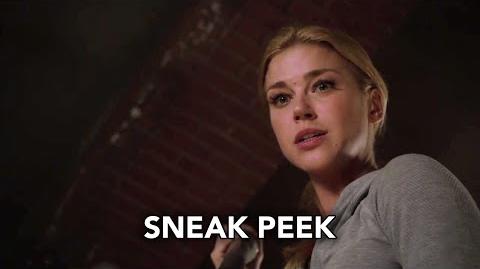 The Marvel Cinematic Universe Wiki has a collection of images and media related to Among Us Hide....