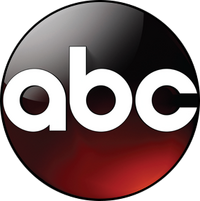 The American Broadcasting Company (ABC) is an American commercial broadcast television network viewed in the United States and Canada. It is a sister channel of Freeform.

In July 2012, Marvel Television was in conversation with ABC to create a show set in the Marvel Cinematic Universe. One month later, ABC ordered an episode pilot for a TV series. In April 2013, it was announced that the series would be titled Agents of S.H.I.E.L.D.. In January 2014, ABC announced Agent Carter; the series was cancelled after two seasons. In August 2016, Marvel announced Inhumans to be air on ABC; the series was cancelled after one season. In July 2019, it was announced by ABC that the seventh season of Agents of S.H.I.E.L.D. would be the show's final season.

In January 2020, ABC Entertainment president Karey Burke revealed that the network was in early talks with Kevin Feige and Marvel Studios about a potential new series for ABC.[1]

Agents of S.H.I.E.L.D. Season 7
Add a photo to this gallery

Agent Carter Season 2
Add a photo to this gallery

Inhumans Season 1
Add a photo to this gallery

Retrieved from "https://marvelcinematicuniverse.fandom.com/wiki/American_Broadcasting_Company?oldid=1138459"
Community content is available under CC-BY-SA unless otherwise noted.