Marvel Cinematic Universe Wiki
Register
Don't have an account?
Sign In
Advertisement
in: Articles to be expanded, Agents of S.H.I.E.L.D. Episodes
English

"Hell is relative. Dimensions, space, planets, it's all connected. Plenty of them qualify as Hell. The Earth is just one territory in a war that's been going on forever."
―Ghost Rider[src]

In the aftermath of their journey to another planet, Director Phil Coulson and the rest of the team were driven more than ever to put an end to the HYDRA organization. Little did they know that they were up against the deadliest threat they've ever faced – an extremely powerful Inhuman, Hive, who was transported back from Maveth in the body of their worst enemy, Grant Ward. The team was able to thwart and kill Hive and take down HYDRA, but they are all still mourning the death of fellow agent and Inhuman, Lincoln Campbell.

In light of the Sokovia Accords, and with HYDRA obliterated, S.H.I.E.L.D. has been legitimized again and no longer needs to operate in the shadows. Since the world presumes that Coulson is dead, the organization needed a new Director to be the face of the organization. Coulson finds himself back in the role as an agent and teamed with Mack, and together they are tasked with tracking down and confirming the presence of Enhanced people, aka Inhumans. They have been trying to track down and capture Daisy, aka Quake, who has gone rogue in an attempt to atone for sins from the past. But with the world believing that Daisy is a dangerous outlaw who has taken down banks and bridges, the new Director has no qualms about taking her down for good. Agent May is tasked with training specialist strike teams, and Fitz and Simmons have taken a big step forward in their relationship. But with Simmons' new promotion as Special Advisor to the Director in Science and Technology, Fitz, as well as her former team members, finds it hard to confide in or trust her since she's now the Director's confidant.

On the heels of their encounter with Ghost Rider, their strangest phenomenon yet, the Agents of S.H.I.E.L.D. suddenly find themselves up against a myriad of new and ongoing threats: The anti-Inhuman Watchdogs are gaining political influence with Senator Nadeer, and uniting behind a mysterious benefactor. Meanwhile, unbeknownst to the team, Aida has kidnapped Agent May and replaced her with a Life Model Decoy. Aida's evil plans for May and the team remain a mystery.

On the heels of their encounter with Ghost Rider and battling the Watchdogs to their highest ranks, the Agents of S.H.I.E.L.D. find themselves in their most mind-bending mission yet. The heroes have been plugged into a virtual reality known as "The Framework," created by Dr. Radcliffe and Fitz. They awake to find themselves in an unrecognizable world – a world in which Hydra reigns supreme. What will become of the team as they make their way through this strange new landscape? What friends and foes will they face? And ultimately, will they ever escape and return to their real lives?

Following the defeat of Hive, S.H.I.E.L.D. Agent Daisy Johnson is consumed with guilt over the death of her fellow agent and lover, Lincoln Campbell. To help cope with her grief, she has left S.H.I.E.L.D., effectively going rogue. Taking on the alias "Quake", Johnson begins engaging in vigilante activity, directly opposing the actions of the anti-Inhuman mercenary organization, the Watchdogs. During her latest engagement, she runs afoul a group of gangsters in Los Angeles. The confrontation is suddenly interrupted by the unexpected arrival of a second vigilante with fire-based abilities, who slaughters the gangsters in cold blood. Through investigation, Johnson comes to learn that the vigilante is Robbie Reyes, a local mechanic. Instead of being an Inhuman, like Johnson initially assumed, Reyes' powers are a result of his bonding with a supernatural entity from an alternate dimension. 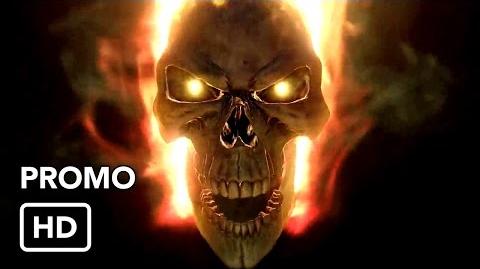 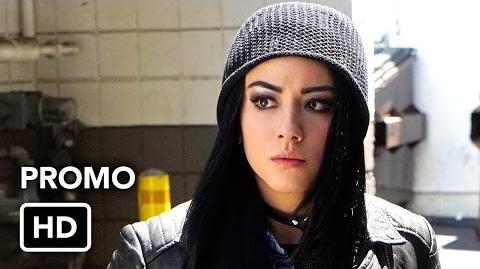 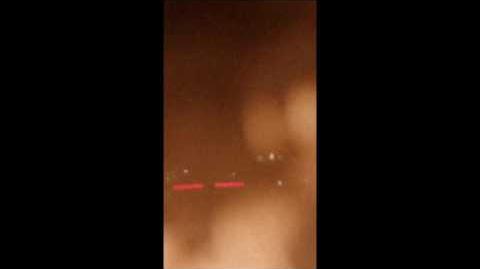