Aftershocks is the eleventh episode of the second season of the television series Agents of S.H.I.E.L.D..

Coulson's team must deal with the consequences of their war with HYDRA as shocking revelations threaten to tear them apart, and HYDRA makes a dangerous move that may involve a traitor in S.H.I.E.L.D.'s midst.

In 1983, Gordon was locked in a room. He had emerged from Terrigenesis fourteen hours earlier, with the process removing his eyes and giving him the power of teleportation; unfortunately, he could not control his newfound ability. Jiaying entered the room and consoled him, successfully calming him enough to eat.

Upon the return from the Kree City, Skye was quarantined in order to see if she harbored any ill effects from her time underground. A sleepless Phil Coulson watched over her and assured her that the death of Antoine Triplett was not her fault. Skye asked about the others and learned they had their own separate ways with dealing with the loss of Triplett.

Meanwhile, Jemma Simmons oversaw a team of scientists mapping the Kree City. Her team planned to document, then flood, the area so no one else could harness it. However, three scientists were dragged off and killed, prompting Simmons to shoot at the attacker, who revealed herself to be a transformed Raina. Simmons hit Raina several times, but she escaped up the lift.

Coulson called Glenn Talbot and set up a trade for Sunil Bakshi for his continued assistance against remaining HYDRA cells. As the senior agents discussed Bakshi, an argument began between Coulson and Alphonso Mackenzie. While sides were taken, no one noticed that the argument was making Skye nervous. Tremors began in her cell, but they stopped when the fight ended.

Meanwhile, in the mansion of Octavian Bloom, the leaders of HYDRA were meeting to decide who would replace the cell led by Daniel Whitehall. Doctor List decided that whoever could permanently stop S.H.I.E.L.D. before it could make its move would lead. The round table agreed.

As Bakshi was being transported to federal custody, the car was hit by a truck filled with mercenaries. A shootout occurred and Coulson and May were shot. Bakshi was freed and one of the mercenaries helped him escape. When the two had left, Coulson's deception was revealed, as the "mercenaries" were, in fact, S.H.I.E.L.D. operatives. The shootout was an elaborate plan so that Bakshi would go to the new HYDRA commander. Believing the deception, Bakshi and Bloom had the other cell leaders killed as a preemptive measure. Lance Hunter, dropping his disguise, then killed Bloom as Bakshi was returned to custody.

Calvin Zabo secretly paid his way on to a freighter leaving Puerto Rico. As he sat down to wait, he was approached by a hooded figure. When she spoke, Zabo realized it was Raina and did not look up. Believing that she had not reached the temple, he consoled her briefly before being flung up against the wall when she revealed her new form. Raina's anger showed when she blamed Skye for her appearance, believing Skye had received the gift meant for her. Zabo, learning that Skye had gained powers, threw Raina to the ground and made it clear he no longer cared about her. When Raina asked him how she was meant to live as a monster, he simply replied, "Then don't." He then left to exact revenge on Phil Coulson and return to Skye.

Returning to the Playground after her encounter with Raina, Simmons discovered that Raina's DNA had changed completely. She blamed herself and her curiosity for Triplett's death and worried that Raina's condition was contagious. Her fears over an epidemic only increased Skye's agitation as Simmons went on to say that all things alien should be destroyed. Simmons left to check Skye's blood samples to check for any changes, leaving Skye worried and scared.

Leo Fitz fixed Skye's biometric watch to try to piece together what had happened in the temple. He discovered that Skye's heartbeat had risen to inhuman levels and that she had caused the earthquake in Puerto Rico. Fitz made sure that he was right by purposefully agitating Skye. When she shattered a light, he immediately raced off to change Skye's blood samples to show no changes. He decided to keep it between himself and Skye and when she was let out, told her that her DNA was radically different, and he changed the blood samples to deter Simmons from discovering it. Fitz comforted Skye and told her, while she was different, it was a good thing.

The agents held a vigil for Triplett while Coulson returned the Howling Commando Gear to Triplett's mother. During the vigil, Bobbi Morse and Mackenzie discussed getting the Toolbox from Coulson's office.

After Raina left Zabo, his last words stayed with her. She decided to commit suicide by walking into a busy highway. However, S.H.I.E.L.D. agents surrounded her and ordered her to come with them. As Raina was about to force them to kill her, Gordon appeared and teleported them both away. 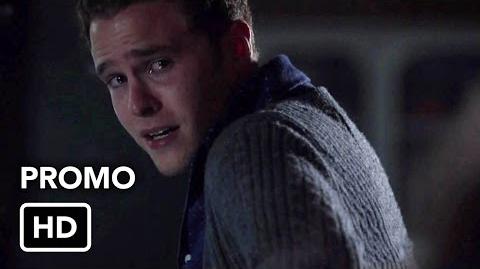 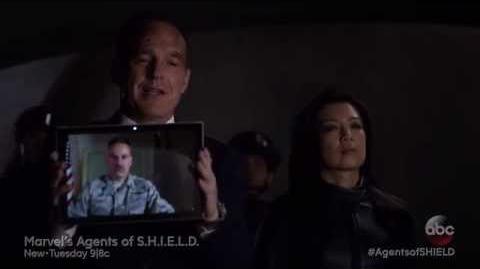 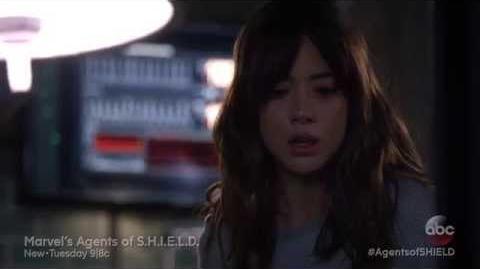 The Marvel Cinematic Universe Wiki has a collection of images and media related to Aftershocks.