"What are they gonna do when they find him? I'm guessing it won't be awesome. He needs help."
"Look, we went to Lincoln more than once. He didn't want our help."
"It doesn't mean he deserves to be hunted like a fugitive."
―Daisy Johnson and Phil Coulson[src]

A Wanted (Inhu)man is the third episode of the third season of the television series Agents of S.H.I.E.L.D..

Daisy, Mack and Coulson race to protect Lincoln as Rosalind’s team hunts down the Inhuman in their quest for powered people. Meanwhile, Hunter proves that there is no line that he will not cross to exact his revenge against Ward and HYDRA.

Lance Hunter and Melinda May, in their plot to get revenge on Grant Ward for the Kidnapping of Bobbi Morse, go to a bar to see Spud, an old buddy of Hunter's who worked with HYDRA in the United Kingdom. After getting drunk, Spud reveals that in order to get anywhere within the new HYDRA, Hunter has to participate in a fight club for new recruits. May wants Hunter to train or at least have a plan in the fight; Hunter decides that his plan is to tire his opponent, then beat him. Hunter takes the brass knuckles May offers anyway.

In the Playground, Jemma Simmons tries to adjust to Earth from Maveth, but sounds make her act defensively. Leo Fitz attempts to comfort her and return her to normalcy by bringing her to the lab, but there are too many noisy machines and distractions for that to work. Bobbi Morse suggests for Fitz to be himself. Fitz buys out a whole restaurant and takes Simmons on the date he had reserved months ago. Emotionally, Simmons is overwhelmed and thanks Fitz for rescuing her; however, when she begins to cry, he just holds her.

Meanwhile, Lincoln Campbell is being chased by the Advanced Threat Containment Unit with Agent Luther Banks leading the manhunt. Daisy Johnson tries to get Campbell to accept help from S.H.I.E.L.D., but he refuses and destroys the Tracker that Alphonso Mackenzie placed on him. Calling his friend, John Donnelly, Campbell spends the night in his apartment outside of Chicago. Donnelly watches a news report where the ATCU calls Campbell a dangerous alien. Donnelly calls the authorities.

Phil Coulson decides that he is tired of "good guys" fighting each other instead of their common foes and has a meeting with Rosalind Price, where she drives up in a 1957 Ford Thunderbird. He knows that she is desperate to impress the President of the United States, so she is doing what she must to get Campbell; Coulson tells her though that having national broadcasts will not go well. He has another solution.

Campbell learns that the ATCU is coming, but Donnelly refuses to allow him to leave. Campbell shoots a bolt to make Donnelly relinquish his baseball bat; the surprise causes Donnelly a fatal heart attack. Campbell calls Johnson for help.

Johnson arrives and, after a conversation where she reveals that she is attracted to him, Campbell decides to accompany her. Suddenly, the ATCU arrive to arrest Campbell. Campbell uses his powers to escape; the ATCU decided to arrest Johnson since she was also identified as having powers. However, Coulson has struck a deal to protect Johnson; he will act as a consultant for the ATCU under the direct order of Price.

At the fight club, Hunter learns that his opponent is Spud and the battles are to the death. Hunter is forced to use the brass knuckles to kill Spud. This allows him to the next level where Hunter meets Kebo. May, acting as Hunter's girlfriend, is approached by Tat and two other guys with less than noble intentions; in a separate room, she soundly defeats them.

Taking a break from her intense rehabilitation, Morse finds Simmons in the lab looking at fragments of the Monolith. Morse assures her that the rock is inert now. Simmons tells her that she hopes it is not because she wants to go back. 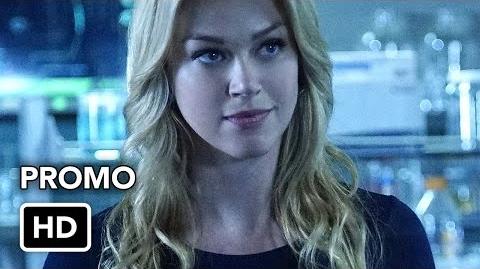 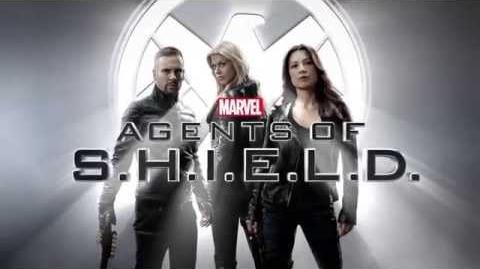 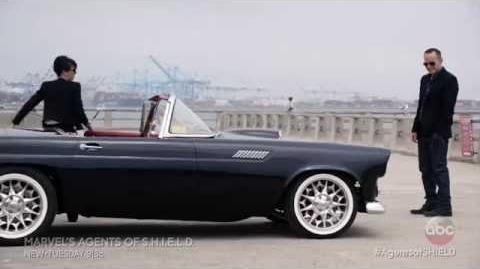 The Marvel Cinematic Universe Wiki has a collection of images and media related to A Wanted (Inhu)man.