"There is a difference between S.H.I.E.L.D. and HYDRA. One was an organization built on protection and the other, world domination. And just as good and evil existed side by side within S.H.I.E.L.D., the same was true in my own home."
―Christian Ward

A Fractured House is the sixth episode of the second season of the television series Agents of S.H.I.E.L.D..

The world turns against S.H.I.E.L.D. when HYDRA impersonates them to attack the United Nations, and an unexpected enemy leads the charge to bring about their downfall.

The United Nations Headquarters is attacked by Marcus Scarlotti and his mercenaries in the name of S.H.I.E.L.D. while Glenn Talbot gives a speech there. Six, including Adamo Dioli, are killed in the attack.

With his arm in a sling, Talbot goes to see Senator Christian Ward, who is upset that Talbot allowed S.H.I.E.L.D. to attack him as he brags about bringing down the organization. Talbot doubts that S.H.I.E.L.D. attacked the UN, but he assures that no one knows about Christian's connection to Grant.

Every morning at 5:30 sharp, Grant Ward awakens, works on his broken thumb, and exercises. Skye and Jemma Simmons note that he has no way of knowing the time but he is punctual. Melinda May interrupts the conversation by announcing the United Nations' attack.

Coulson gathers information on the attack and sends May, Bobbi Morse and Lance Hunter to investigate a lead in Okinawa, Japan. He tells Noelle Walters to have her team on standby, while Simmons is told to access the hard drive she stole from HYDRA Laboratories.

Simmons asks Leo Fitz for help in accessing the hard drive, but they begin to argue. Simmons leaves, unable to handle the new Fitz.

Skye was unable to stay emotionally detached when Grant Ward talks to her about her father, so Coulson uses the Inertial Confinement Laser Barrier to stop their conversation.

During her conversation with Toshiro Mori, the one who named the Splinter Bomb, Morse learns that Scarlotti seeks Julien Beckers, a Belgium politician. Hunter and May save Morse when her cover is blown. Coulson instructs Walters' team to find and protect Beckers.

After Senator Ward has a televised debate with Beckers calling S.H.I.E.L.D. a terrorist organization, he finds Coulson in his office. They discuss the Ward family history and that Grant is in Coulson's basement. Christian decides that he will reveal his connection to his traitorous brother and will speak kindly of S.H.I.E.L.D., if Grant is turned over to his custody. Coulson agrees.

Grant tells Skye everything he knows about her father, how he saved Skye from HYDRA's custody, but could not save her mother. Ward is then taken by the United States Armed Forces. While being transported, Grant adjusts his thumb so he can slip his handcuffs and kills his guards.

Meanwhile, Scarlotti kills Agent Walters who learns that Beckers is a member of HYDRA. Alphonso Mackenzie helps Fitz open the hard drive and learn that the Beckers family has worked for HYDRA since Vincent Beckers, Julien's grandfather. May, Morse, and Hunter take down Scarlotti and his mercenaries and turn them over to Glenn Talbot, who gives May his condolences on the loss of Walter's team.

Mackenzie tells Simmons that he does not remember the old Fitz; he only knows this one. However, he feels that this one is better without her. She tearfully agrees.

Sebastian Derik asks his tattoo artist to give him another tattoo. As the artist disapproves and Derik disrobes, his body is covered with the Words of Creation. The pain of getting a tattoo helps him to remember. 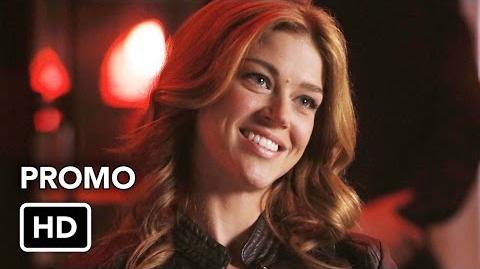 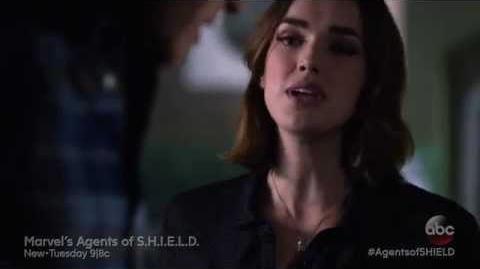 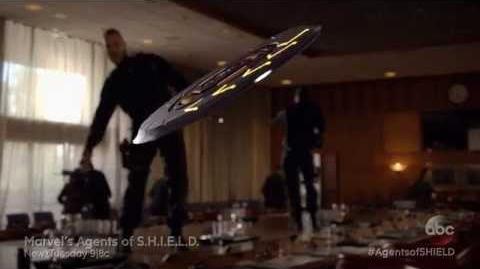 The Marvel Cinematic Universe Wiki has a collection of images and media related to A Fractured House.