"You were right. There's no hope on this planet."
"That's what I used to think. Then you showed up."
―Jemma Simmons and Will Daniels[src]

4,722 Hours is the fifth episode of the third season of the television series Agents of S.H.I.E.L.D..

After her dramatic rescue from another planet, Simmons is still reeling from her ordeal and reveals how she had to fight for her life in a harsh new world.

Jemma Simmons decides to give Leo Fitz full disclosure on what happened to her in the six months that she was on Maveth. She gives a list of the major events that occurred in the 4,722 hours that she was there. When Simmons first arrived on the planet, she realizes that she is not in the same solar system as Earth by the stars she sees. Remembering her S.H.I.E.L.D. training, she decides to stay stationary until an extraction team can find and rescue her.

After 13 hours, Simmons decides to go to sleep. Awakening eight hours later, Simmons realizes that the sun has not arisen. She begins to cry and screams for the sun after being on the planet for 71 hours.

At 79 hours, Simmons decides that she must find food and water in order to survive; a normal human can survive without water for a hundred hours. Twenty hours later, as she climbs a ridge, Simmons sees an approaching sandstorm. Simmons awakens after 101 hours on the planet and discovers a nearby pond; she laughs as her thirst is quenched.

Now on the planet for 109 hours, Simmons swims in the pond; suddenly, she is grabbed from below. Fighting for her life, Simmons cuts a tentacle from the creature and drags it ashore. Two hours pass before Simmons finally decides to eat the tentacle. By 492 hours, Simmons' hunger is so great that she decides to fight the underwater foe; she wins the battle, makes a fire, cooks, eats, and burps.

Simmons has now been on the planet for 752 hours when she hears movement that she does not recognize. She goes to investigate; Simmons falls into a trap and sees a man close it as she faints.

Nine hours later, the man goes to check on Simmons; she is awake but fearful. At 783 hours, the man realizes that Simmons is not a hallucination. Simmons introduces herself to the man as the 824th hour passes; he brings her a bowl of food. Twenty-seven hours later, Simmons feigns a stomach ache and asks the stranger why he has poisoned her. As he enters the cage to investigate, Simmons hits him with the bowl and escapes. She runs but injures her leg. Her captor grabs her; he says that It can smell blood and will soon come. He takes Simmons to his cave and hides as a sandstorm roars above. He tells Simmons that his name is Will. Simmons stitches her leg while Will asks what year it is. At hour 853, Will Daniels reveals that he has been on this planet since 2001.

855 hours have passed when Simmons gets a map of the area while Daniels marvels at the advancement in technology as he views her cell phone. Daniels tells her the story of how he arrived there as they eat; he learns that the Monolith is now possessed by S.H.I.E.L.D. Simmons is reluctant to believe that "It" exists. They decide to keep each other in check; she will be hopeful while he can remain pragmatic.

During Simmons' 1490th hour, she and Daniels eat and discuss what they miss from Earth. Simmons shows him a video of a birthday celebration that Phil Coulson and her teammates had for her at the Playground; Daniels gets to see who Fitz is.

By 3,010 hours, Simmons decides that she wants to go to the "No-Fly Zone" despite Daniels' protests that that is the place where "It" lives. Going there nonetheless, Simmons finds a bottle of wine and a sword, along with a mass graveyard. Observing the stars, she realizes a way off the planet. Suddenly a storm approaches; Simmons sees a figure in the dust and runs. She places dirt on the cut she gets and peeks from behind a boulder. Simmons returns to Daniels, who was watching her through binoculars, and tells him that she now believes.

Twenty-two hours later, Simmons explains to Daniels her plan to find a portal that will return them home; she can use the battery from her cell phone to power his computers to calculate the stars and their movement. She watches the video of her friends for the last time. The battery dies at hour 3,183, but Simmons has accumulated enough data to determine that in eighteen days a portal will open in a canyon that is thirty meters wide.

Weeks pass; by 3,561 hours, Daniels has created a way to get them across the canyon and Simmons has put a message in a bottle to drop in the portal as a back-up plan. On the 3,575th hour, the stranded ones arrive at the canyon to discover that it is now over a hundred meters wide and impossible for them to cross successfully. The portal opens and Daniels shoots the bottle to the opening. He misses by one second.

Without power, without hope, Simmons cries and has a tantrum; Daniels comforts her and the two kiss.

Simmons and Daniels have become a couple when hour 4,720 arrives. Simmons has calculated that a once-every-eighteen year sunrise was to happen in a couple of hours. The couple celebrates the occurrence with the bottle of wine that Simmons found; it tastes like vinegar. Suddenly Simmons sees a flare streak across the sky.

Daniels and Simmons run to the spot of the flare, but "It" comes for them. Daniels tells Simmons to continue, but she refuses to leave without him. Simmons then sees an astronaut coming and thinks that NASA has come for Daniels; he tells her that it is a trick as the sand becomes blinding and separates them. Daniels fires his only bullet at the figure as Fitz calls to Simmons. Simmons is rescued. Daniels is once again alone as the sun rises at hour 4,722.

Leo Fitz remains silent after Simmons finishes her story. He leaves abruptly and Simmons chases him, begging him to understand what has happened. Fitz shows her his computer screen and all the research he had done while she was absent. Fitz declares that they will save Daniels. 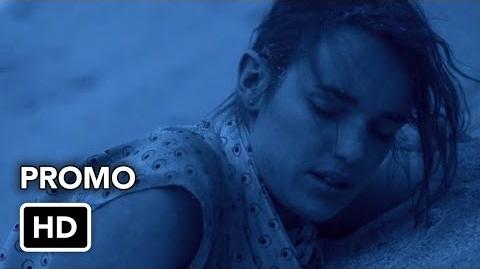 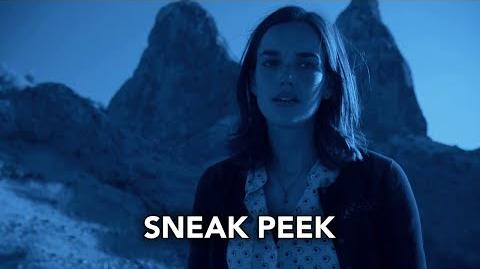 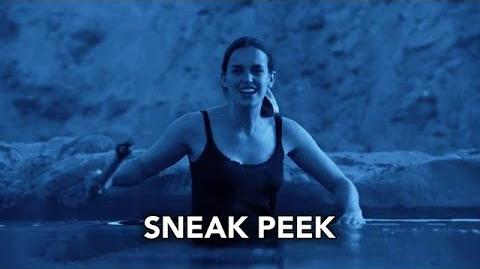 The Marvel Cinematic Universe wiki has a collection of images and media related to 4,722 Hours.

Retrieved from "https://marvelcinematicuniverse.fandom.com/wiki/4,722_Hours?oldid=1039879"
Community content is available under CC-BY-SA unless otherwise noted.