0-8-4 is the second episode of the first season of the television series Agents of S.H.I.E.L.D..

Coulson and his S.H.I.E.L.D. agents travel to Peru to investigate an object of unknown origin, codenamed 0-8-4. But when he runs into Comandante Camilla Reyes, more than just sparks fly at 30,000 feet.

Air Traffic contacts the Bus to make sure everything is okay, while Phil Coulson replies everything is fine; a hole ruptures in the Bus as Coulson hangs on for his life.

Nineteen hours earlier, Skye packed to board the Bus. Meanwhile Grant Ward argues with Coulson on letting Skye on the team, complaining that she is not a trained S.H.I.E.L.D. agent. Coulson agrees and explains that he is letting Skye come on as a Consultant, and points out that S.H.I.E.L.D. does it all the time, using Tony Stark as an example. Ward counters that Skye hacked their system and Coulson claims that with her on their side she could do a lot more. Coulson's Team gets down to business with Ward briefing that they have been called to Peru to investigate an 0-8-4 an unidentified object, at an archaeological site called Llactapata. Meanwhile, Leo Fitz and Jemma Simmons help Skye as she gets unpacked and moves into her room, with Ward giving her the safety pamphlet for the plane.

The team arrives in Peru and while investigating, Skye tells Coulson that they should have the civilians move, but Coulson, not wanting to start a panic, explains that they want to keep the situation contained and that Skye is only there to divert the attention away from them if word does get out, going against everything she believes in. The team is lead to the temple by an Archaeologist, who takes them to the 0-8-4. Meanwhile, Ward and Melinda May, who are guarding the perimeter, are attacked by Peruvian Military soldiers.

Ward quickly contacts Coulson who, seeing the leader, introduces the team to Camilla Reyes, with whom he had worked years ago. Reyes, aware of the artifacts' presence, claims they should discuss how to settle Peru's national interests and claim to it. Though Coulson agrees, he explains that an 0-8-4 from S.H.I.E.L.D. overcomes all national claims. The two then begin to talk personally.

As Ward is checking up on the Fitz, Simmons, and Skye and their progress with the artifact, the agents and Reyes' squad are attacked by local rebels. Ward escorts Skye, Fitz, and Simmons to safety and is nearly killed, only to be saved by May, who drives the squad to the plane as Coulson and Reyes follow. With everyone safely on the plane, Fitz informs everyone that the 0-8-4 is actually a piece of old HYDRA technology powered by Tesseract energy], giving off strong Gamma Radiation, raising strong concerns over the artifact's stability and danger to the passengers. Coulson then gives orders to travel to a nearby S.H.I.E.L.D. facility to carry out a contingency protocol to contain and neutralize the artifact.

While Reyes' men relax upstairs Coulson checks on May and apologize, telling her that he knows she did not want to see combat and he was sorry, but she remains silent. Meanwhile, the team argues in the lab, but Coulson interrupts and says that they all have special talents and orders them to work it out. Coulson then gives Reyes a tour around the Bus. Skye attempts to make peace with Ward, panicking slightly when she sees Ward's bullet graze wound, which he received while protecting the team. Skye surmises this was the cause of his anger but Ward replies that he was used to being the whole solution of any problem when working alone and was trained to eliminate variables, but notes they keep piling up.

Meanwhile, in Coulson's office, Reyes tries to seduce Coulson, but he sees through the ruse and summarizes that Ward should already know that Reyes will need to eliminate May from the controls to succeed. Ward, having sensed something was wrong, quickly engages the soldiers, but he stops fighting when one of them takes Fitz hostage, forcing Coulson to surrender to Reyes and give her control of the plane.

Coulson is tied up in his office, as Reyes and a soldier interrogate him. The soldier hits Coulson, who then rather calmly notes that the only reason Reyes is keeping him alive is that she needs him to contact Air Traffic Control to confirm everything is fine. Coulson then threatens to let her kill him, but Reyes points out how he gave up the plane for the life of Fitz, and tells him she will kill everybody by opening the cargo bay, in which the team is imprisoned. She also explains that the 0-8-4 was made for the Peruvian government shortly after World War II by a group of former HYDRA scientists, so it could be used against the rebels, but it was lost during a battle because of its temporal instability, causing it to vanish and reappear within the stone the temple was built around.

Meanwhile, in the cargo area, the other agents finally decide to work as a team, and together formulate a plan to take out the soldiers and secure the ship. May crashes one of the vehicles in the cargo hold into the plane's science lab so Fitz can retrieve one of his D.W.A.R.F.s. Fitz then guides the drone to the 0-8-4 in the passenger cabin.

Coulson begins to free himself and loosen his bonds. At the last second, he sees Fitz's drone flying through the cabin, and quickly tries to tie himself back in. Fitz causes the 0-8-4 to discharge, blasting a hole in the side of the plane.

This causes the plane to rapidly depressurize, opening all of the sealed doors on the plane. It also causes Coulson, Reyes, and several soldiers to be sucked towards the hole. Coulson manages to pull himself out of harm's way, taking Reyes with him. Ward, May, and the rest of the agents then engage the soldiers as best they can in the confusion, and retake the plane. The fight ends with Skye sealing the hole in the plane with one of the inflatable emergency life rafts, preventing Ward from being sucked out when his grip fails.

Fitz then recommends that they get the 0-8-4 to the Slingshot quickly. When it is revealed the Slingshot launches such objects into the sun, Skye asks what all the trouble was for if they were just going to destroy it. Coulson explains that this keeps people from seeking and abusing it. While the others watch the 0-8-4 rocket off, Skye receives a text from the Rising Tide, who say they're 'going dark'. She responds telling them 'I'm in'.

Later, Nick Fury tells Coulson that Skye is a risk, and gives him a thorough scolding for destroying the plane after only six days of his having it. 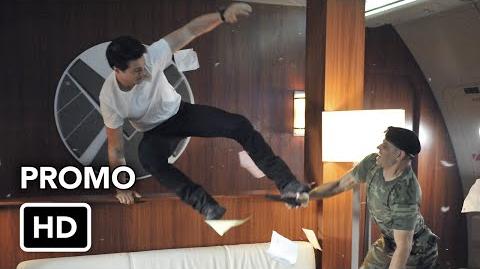 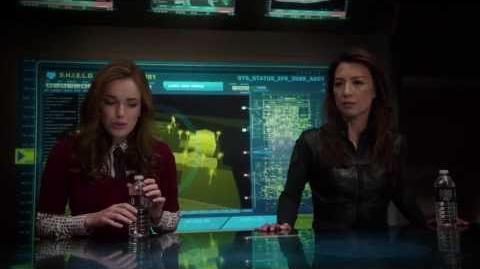 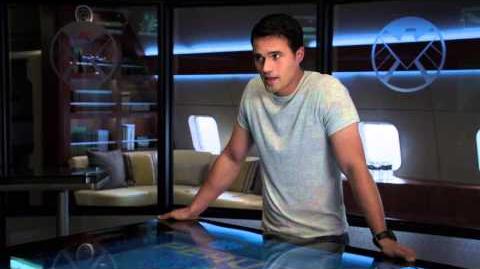 The Marvel Cinematic Universe Wiki has a collection of images and media related to 0-8-4 (episode).