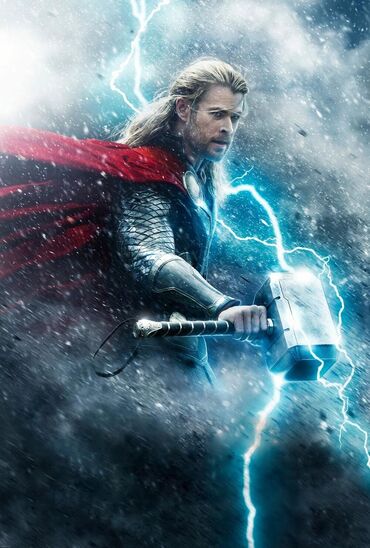 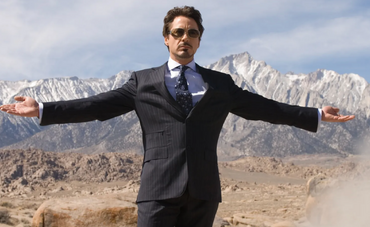 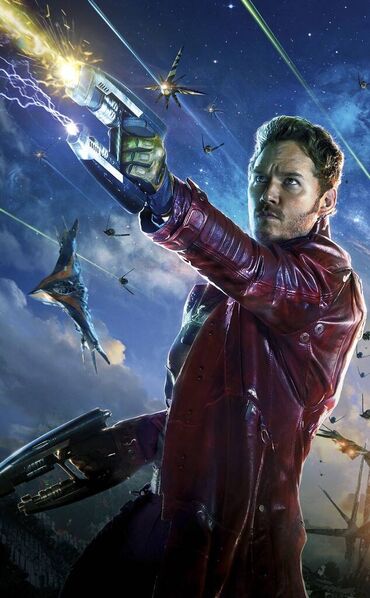 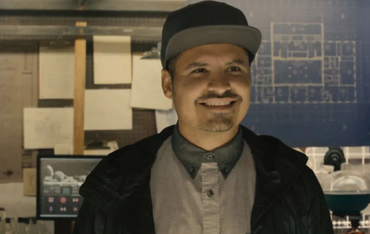 Other (Mention In Comments!)

So we have a promotional photo for Ms. Marvel and does anyone find anything odd on her left hand? Sure doesn't look like a giant fist to me. Looks more like some kind of purple crystal. Actually, it's a purple light construct. Right there on her bracelet hand. Just like what the leakers told us! They really are changing Kamala Khan from a stretchy Inhuman to a Purple Lantern. And I want to know why? I like Kamala as a stretchy character. If Marvel wanted light constructs, they can use Doctor Spectrum from the Squadron Supreme. I've heard that they had to change up Captain Marvel's script to distance it from Green Lantern, but they are turning Kamala into a Green Lantern knockoff? I know Reed Richards is coming to the MCU, but why can't they just practice the stretching effect with Kamala? Kamala's powers are a mix of Ant-Man's and Mr. Fantastic's powers with accelerated healing and she started with Skrull-styled shapeshifting, so she would still be a unique character as her comic self. Making her a Green Lantern clone loses her originality. I want to see Kamala Khan, not a genderswapped Simon Baz!

She was nothing but an cynical alcoholic who hardly ever uses her powers and also she doesn’t even fly. That’s terrible writing.

Are those guys IDEAL?😅 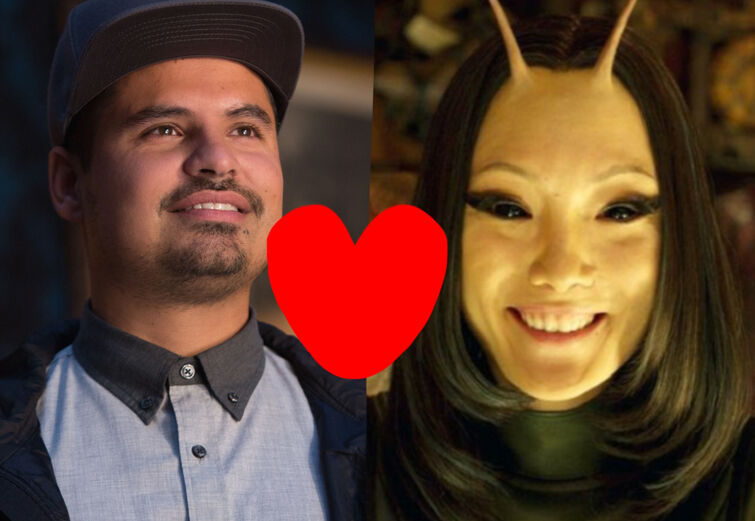 Just saw this was being made, but I’m wondering in Deadpool/Ryan will be included, since he was the one that defeated them in the comics. I know there is a difference in the movies vs comics, where the Skrulls are the bad guys, but I like the new take on who’s bad and who isn’t.

But in all honesty, I just want to see Deadpool introduced to the MCU, and this may be the perfect way to do that. 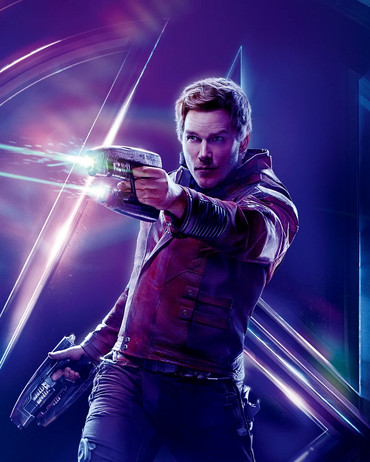 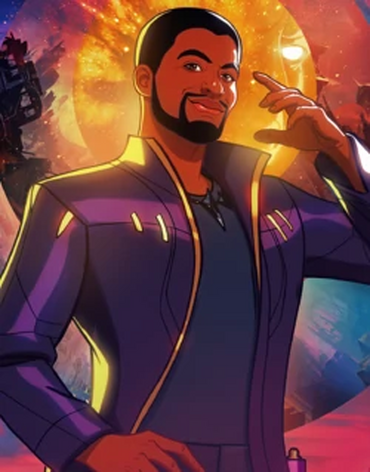 The original host for the Venom symbiote after it was separated from Peter Parker was supposed to be a pregnant woman who was in labor and in route to a hospital with her husband during which Spider-Man swung by and distracted a taxi driver who slammed into the couple on the street after they were trying to hail the cab. Killing the husband and injuring the woman which would cause her to have a miscarriage at the hospital. This would drive the woman insane and develop a hatred for Spider-Man, and she would have become the symbiote's host after Spider-Man rejected it and become the original Venom. This was the proposed character before it was vetoed by marvel for being too insensitive to women in real life who had gone through miscarriages(also a lot of sexism was also the reason) so Eddie Brock was created instead. If they ever introduce Venom proper to the MCU should this scrapped idea be brought back, could this idea work in the MCU?

I mean, he even says it's not Quentin Beck. That's crazy

Originating from Daniel Richtman, reportedly Anthony Ramos is one of the actors Marvel Studios is considering to portray Werewolf by Night.

REPORT: Marvel Eyeing Transformers: Rise of the Beasts Star for Werewolf by NightCBR

Why create another character sheet for White Vision? He's basically Vision but revived and without the Mind Stone. And if they are then to be separate, why talk about Vision's revival by S.W.O.R.D in his page? He's dead, no need for it

So I just checked the rather sparse wiki on Eternals and Deviants and for some reason, Druig is put under the list. Why?

At the end of Far From Home, Spider-Man was blamed for the drone attack in Europe by Mysterio with doctored footage and his identity was revealed to the world. And now because of this, and you know, Far From Home and No Way Home feels like a two-parter movie. Anyway, because of this, Spider-Man is under real pressure because it's hard to live his dual life as both Parker and Spider-Man, as Doctor Strange said. But worse than that, he is on every most wanted list in the world because everyone thinks he killed Mysterio and destroyed Europe, but that is not what happened at all. the footage was doctored to cover up Beck's crimes. But i know for a fact that while Spider-Man seeks help from Doctor Strange about his identity crisis, he also needs to prove that Mysterio is not really the hero people thought he is, which he SIMPLY COULD'VE ASKED DOCTOR STRANGE TO DO AS WELL! But how will Peter expose Beck, you ask? Well, his friends might help him out. They know Mysterio's a fraud and they can defend Parker's statement. But I think there are other ways Parker can expose him. What do you think?

You know, there are many reasons why the world went to hell, again, after the events of Avengers: Endgame. The Sokovia Accords is one of them. The Accords were created to establish the Avengers as a government-branded organization, but they only made things worse. The Accords were actually created to strip inhumans and their allies, human or inhuman, of their free will and keep them under control, which is completely unethical and cruel and goes against literally everything that the Government stands for. They called Captain America, a superhero the government technically created to fight against evil, and those who supported him fugitives, even though they didn't do anything wrong, and had them arrested for no reason. And manipulated Stark's guilt into making him sign the Accords, as did those who sided with him. Then Cap's allies were imprisoned in the Raft. Those ungrateful took half the people that saved their asses millions of times And locked them in a deep, dark hole. if you think I am crazy, well, ho-ho-ho, take a look back on what happened in Infinity War. Because the Avengers were divided and not together thanks to the Sokovia Accords and two of the Avengers were under house arrest, half of all life in the universe were snapped away not just because of Thanos, but also because of the fucking government, who lied and imprisoned and killed to keep peace and order. You know, not even Nick Fury or Maria Hill supported the Accords because it went against everything they worked for to bring the Avengers together. And when Hulk snapped everyone back 5 years later, guess what? THE SOKOVIA ACCORDS ARE STILL AROUND! Because those Government shitsticks, even Thaddeus Ross are too weak to see that their new methods make them no different than the people they are fighting...even after what happened with Thanos. So...when the hell are the Government gonna get their heads out of and realize that the Sokovia Accords are the real problem, so that they can dissolve them ONCE AND FOR ALL?! BTW, do you think Thor and Banner would've supported the Accords if they were still on Earth when they happened?

The best line in this interview? (My favorite, at least)

"Watching Cox deliver in the uniquely gripping and emotional crime drama shows what Marvel is missing out on every second he’s not plugged into the MCU."