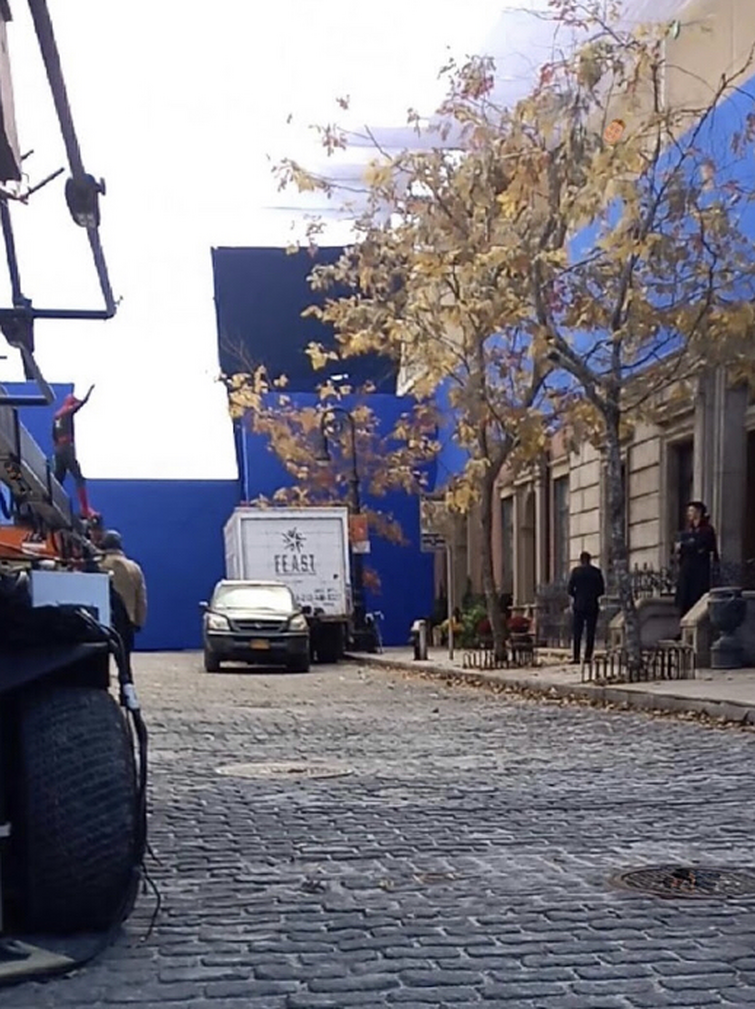 Just something I saw on YouTube. It’s really not much, but you can see both Spider-Man and Doctor Strange in the photo

(edited by ReadingIsLifeee)
Spider-Man: No Way Home
A reply to Illuminati27
1

@BEJT I think the reason everyone feels like it’s more possible now for Toby Maguire and Andrew Garfield to be in the movie is because now that Kang/he who remains was talking about thousands of himself coming, and we’ve seen multiple Loki’s, and that multiverses have been for-sure confirmed (even though we already knew), it’s much more plausible for them to enter the MCU. Before, we were really only seeing rumors and theories, but now they’ve got something to back them up, a good way for them to actually come into the movies.

Well that was definitely a good episode. I was so confused when Mobius didn’t recognize Loki. And just watching the timelines branch as the TVA just runs around; they’re killing me with all these cliffhangers.

I don’t know how to feel about the Loki and Sylvie kiss. I think part of it was just so Sylvie could push him through the tem-pad door thingy, but idk.

Wasn't the greatest finale in my opinion, but I’m hyped for the next season and Doctor Strange: Multiverse of Madness

It’s basically just showing Tom Hiddleston talking about a potential season 2 of Loki, and while he doesn’t confirm it, he does mention things that could ‘come around the corner’. And he specifically says “season one”, which would imply there’ll be a second season

Something interesting I saw, which is seeming pretty convincing to me: 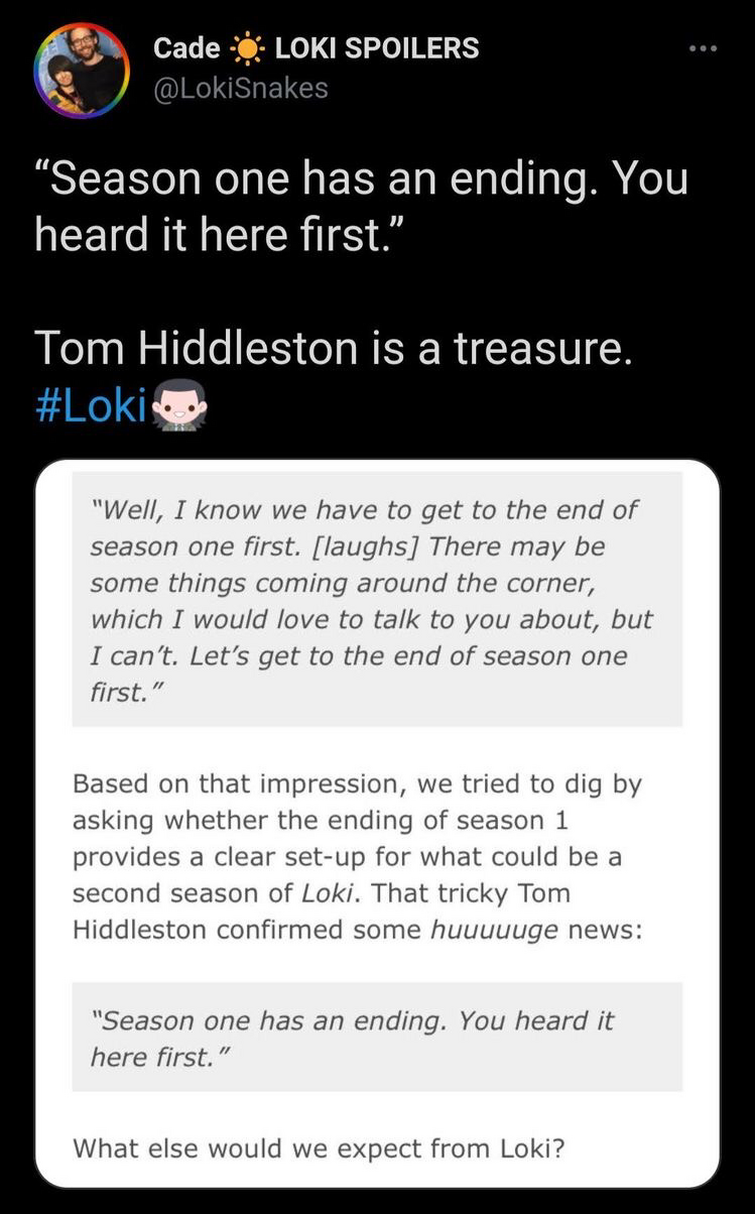 ^^I agree. And Yelena was amazing, she was very witty and had great jokes

I really loved the movie, just saw it today. It was cool to see different parts of Natasha’s past, and her ‘family’. The characters and actors were amazing. Was a little bummed that we didn’t get to see her mom’s grave or name, but the post credit scene was awesome. Until Valentina came in; I’m not the happiest about that whole part. But it was a fantastic movie, it definitely did Nat justice

This episode is probably my new favorite. It was really, really well done. Loved it.

Kid Loki toasting with the juice box was hilarious to me, he was so serious about it too.

All the different characters in this episode were amazing. I literally yelled “YESS” out loud when Mobius came back, I missed him.

Old/Classic Loki was awesome too, love him. They made him the most powerful that we’ve seen, which just felt right. And him creating an entire Asgard, and just laughing as he died was perfect. I’m gonna miss seeing him

On that note, President Loki was hilarious as well, especially as he was screaming

Seeing Mjolnir in the dirt, and the thanos-copter were both pretty cool. The Loki and Mobius hug was easily one of my favorite parts of this episode, so wholesome

Loki and Sylvie’s whole talk was cool to see, but c’mon Loki, not at all smooth with the “it’s cold”. I’m not really up for a Loki/Sylvie romance, I’d prefer them as besties or having a sibling relationship. But if she’s who will make Loki - both of them - happy, then I’m okay with it

The set designs were really cool, they always had a lot of detail. The different scenes where the light and whole atmosphere would just be purple, or green, was especially stunning to me. There was just a lot of focus and effort put into the sets and it was really well done

^^i really hope he did

That was an interesting episode. I was pretty sure all along that the timekeepers were fake, or at least the ones we’ve seen.

I’m not super hyped for a possible Loki/Sylvie romance, I guess it’s just weird for me. It’s probably been asked, but when you’re pruned do you really die? Clearly Loki isn’t dead, which is good, but I was really hoping Mobius would still be alive.

Really excited for the next episode

Ooooooh, this was a good episode. I really liked it, especially seeing Loki and ‘Lady Loki’ bicker the whole time, and Loki basically admitting he’s bi

“I have been falling for 30 minutes”

“if it’s all the same to you, I’ll have that drink now”

Yeah endgame’s time travel made complete sense, but when you try and mix in what the Loki series is telling us it just doesn’t fit anymore

^^I think them going back to the military base was correcting the timeline. Because Loki wasn’t supposed to take the tesseract, that’s why he’s with the TVA, and all the avengers did was try to correct what happened by going to the military base or whatever. So I think that’s why the avengers never really ‘messed up’, they were still keeping to that set timeline. But then… yeah, I guess that doesn’t make much sense then

^^yeah and I’m not saying it’s confirmed or anything, just pointing it out